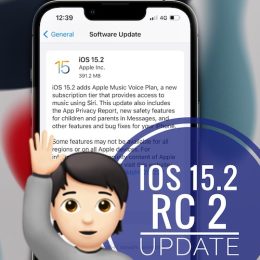 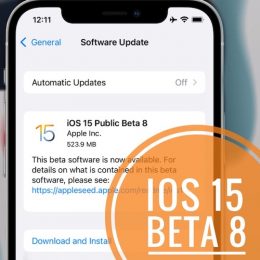 Apple has released iOS 15 Beta 8 build number 19A5340a (up from 19A5337a) for both Developers as well as Public Beta testers. This version focuses on under-the-hood improvements. No new features have been spotted, when compared to Beta 7, that was rolled out only 6 days ago!… 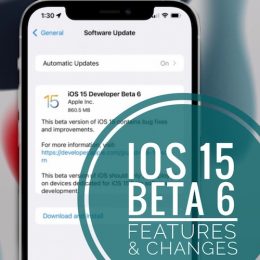 Apple has rolled out iOS 15 Beta 6 build number 19A5325f. This new test version comes one week after Beta 5 and is currently only available to registered Developers now available for both Developers and Public Beta testers!… 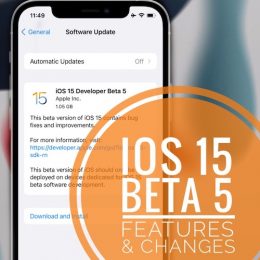 Apple has released iOS 15 Beta 5 build number 19A5318f! This version continues to refine the new features showcased in the previous betas and focuses on bug fixes and performance improvements. It does add a new setting that allows you to choose if you want your iPhone to remain findable after Power Off or not…. 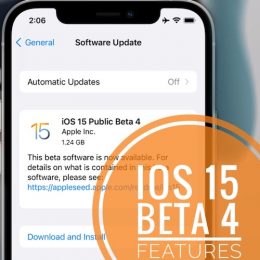 iOS 15 Beta 4 build number 19A5307g is available for both Developers and Public Beta testers. It brings support for the Apple MagSafe Battery Pack as well as further refinements to the new iOS 15 features included in Safari, Notifications, Focus, Shortcuts and more….

Read More
Tags:BetaChangesDeveloper BetaFeaturesiOS 15iPadiPadOS 15iPhonePublic Beta
Previous Posts
Copyright © 2014 - 2022 iPhoneTricks.org
This website is not owned, licensed or affiliated with Apple Inc.
The content of this website is not supplied or reviewed by Apple Inc.
iPhone is a trademark of Apple Inc. For more info please read our Disclaimer.