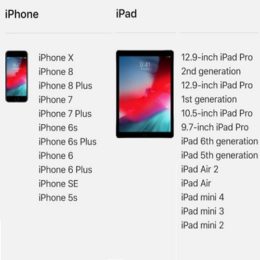 Is Your iPhone Compatible With iOS 12?

Apple has recently released the first beta of the 12th iOS generation with lots of improvements and handy new features. However, if you own an older iPhone, iPad or iPod touch model you are entitled to ask yourself if your device is supported by iOS 12. The news are good and in general if your… 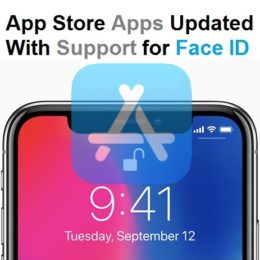 Posted in Apps or Games by Patricia on November 2, 2017

The iPhone X uses its revolutionary TrueDepth camera system, embedded in the front notch of the device, to authenticate the owner of the smartphone for unlocking, payment and other security functionality. Apple has also allowed third party app developers to use Face ID as primary authentication method for validating payments and various logins. Support for… 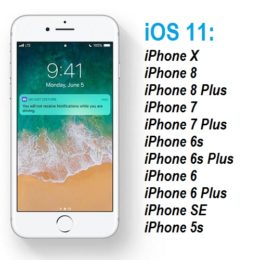 iOS 11 is a huge upgrade to the iPhone and iPad operating system. It brings a multitude of new features and functions starting with a configurable Control Center, the completely redesigned App Store, the game changing ARKit that opens the door for Augmented Reality on your iOS device and many more. However, not all these…

One of the new major features embedded in iOS 11 is the ARKit, which is Apple’s way of welcoming Augmented Reality to the iPhone and iPad. Although there is no stock app that makes us of the native AR iOS support, the Cupertino-based tech giant allows third party developers to include AR functionality in their… 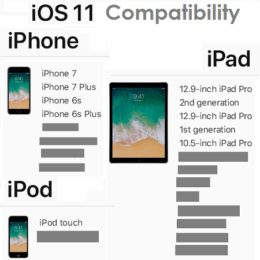 Apple has recently introduced its 11th iOS generation to the public, during the WWDC 2017 keynote. Although the new OS will be officially released in late September, it’s extremely useful to know if your smart device will be able to run it or not. Of course, that iOS 11 will be compatible with the iPhone…

Read More
Tags:AppleCompatibilityiOS 11iPadiPhoneiPod
Previous Posts
Next Posts
Copyright © 2014 - 2023 iPhoneTricks.org
This website is not owned, licensed or affiliated with Apple Inc.
The content of this website is not supplied or reviewed by Apple Inc.
iPhone is a trademark of Apple Inc. For more info please read our Disclaimer.