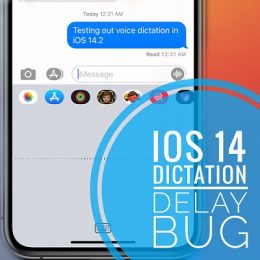 How To Fix iPhone Voice Dictation Lag (Delay) In iOS 14

Are you experiencing problems with the voice dictation feature on your iPhone in iOS 14? You’re not the only one. We’ve just received a bug report from a reader that complains about a delay that occurs between the moment when the device starts listening and your actual dictation is converted into text…. 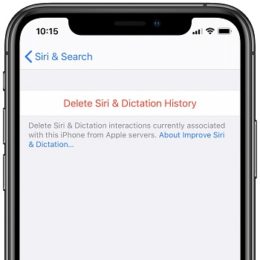 How To Delete Siri History From iPhone, iPad, Mac & More

Everything that you command or dictate to Siri is recorded and sent to Apple’s servers for processing. The logs are used to optimize the iOS voice assistant and can be stored for more than 2 years. Privacy is valued and all your queries are linked to a random identifier that has no correlation with your… 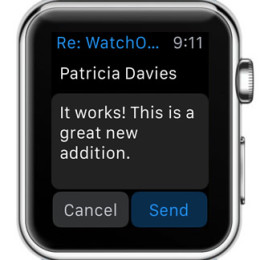 How To Reply To Emails On Apple Watch

Starting with watchOS 2, the wrist-worn device’s owners are also able to reply to emails received on the Apple Watch. Until now, the built-in Mail app, imported from iOS, could only notify and display incoming emails. However, with the 2nd watchOS generation the wearable’s users can answer to mails, the same way they reply to… 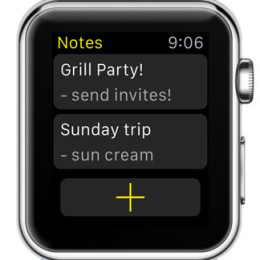 The initial watchOS edition doesn’t include a native Notes app for the Apple Watch! This has encouraged several developers to provide third party solutions for users willing to check, add and delete notes directly from their wrist. It’s expected that watchOS 2 will asses this flaw and provide an extension of the popular iOS Notes…

One of the Star-Trek-like features introduced by the Apple Watch is the ability to send and receive text or audio messages with a flick of your wrist. This spares you from grabbing your iPhone, out of your pocket, and makes you look like a science fiction movie character. The Cupertino-based company has come up with…

Read More
Tags:Apple WatchAudioDictationEmojiMessagesReceiveSend
Previous Posts
Copyright © 2014 - 2022 iPhoneTricks.org
This website is not owned, licensed or affiliated with Apple Inc.
The content of this website is not supplied or reviewed by Apple Inc.
iPhone is a trademark of Apple Inc. For more info please read our Disclaimer.