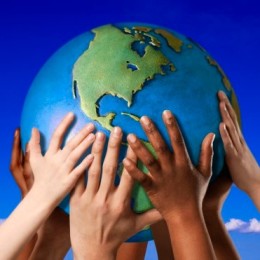 Starting with 1970, April 22 has been known as the official Earth Day. It’s the day when we humans celebrate Terra, raise awareness about our planet and perform all kind of activities to help us preserve Earth. The tribute has reached, this year, its 45th anniversary and boasts itself with worldwide recognition. We, here at…

Read More
Tags:App StoreAppsBooksEarth Day
Copyright © 2014 - 2022 iPhoneTricks.org
This website is not owned, licensed or affiliated with Apple Inc.
The content of this website is not supplied or reviewed by Apple Inc.
iPhone is a trademark of Apple Inc. For more info please read our Disclaimer.