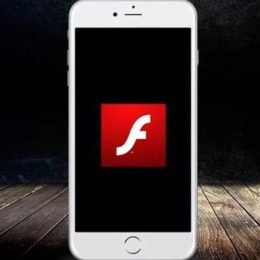 How To Bring Flash Player Support To Your iPhone And iPad

As you might have found out iOS devices don’t come with built-in Flash support. Neither can you install the Adobe Flash Player app from the App Store. Apple doesn’t support it, because it hasn’t reached an agreement with the San Jose-headquartered software company. This is perhaps one of the main let downs, that users initially…

Read More
Tags:Fast FlashFlashGamesiOSiPadiPhoneiPodPhotonPuffinVideosWeb Browser
Copyright © 2014 - 2022 iPhoneTricks.org
This website is not owned, licensed or affiliated with Apple Inc.
The content of this website is not supplied or reviewed by Apple Inc.
iPhone is a trademark of Apple Inc. For more info please read our Disclaimer.