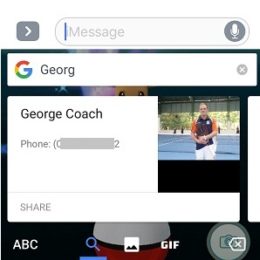 Google has recently issued an update for its already popular Gboard app, a third party keyboard for your iOS device. Version 1.2.0 comes with a series of updates and changes that include new themes, new iOS 10 emojis as well as the much awaited 3D Touch support for cursor movement, which allows users to move… 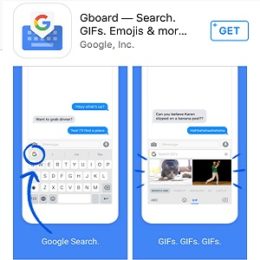 Download, Install, Set Up and Use Gboard – Google’s Third Party Keyboard For iOS

Google has just rolled-out Gboard for all App Store markets, after test driving it in the United States, for the last couple of weeks. The keyboard is a success and can easily be already considered as the best free third party typing option for iOS. It combines features like instant Google Search availability, Glide Typing…

Read More
Tags:AppApp StoreDownloadGboardGoogleiPadiPhone
Copyright © 2014 - 2022 iPhoneTricks.org
This website is not owned, licensed or affiliated with Apple Inc.
The content of this website is not supplied or reviewed by Apple Inc.
iPhone is a trademark of Apple Inc. For more info please read our Disclaimer.