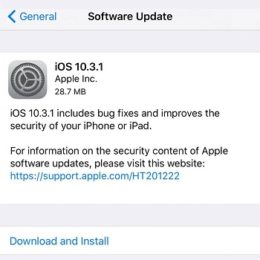 iOS 10.3.1 Rolls Out Without Notice To Patch Wi-Fi Security Vulnerability

One week after the much expected release of iOS 10.3, Apple has rolled out a minor, but very important update labeled as iOS 10.3.1. This latest software update comes out of the blue. It didn’t have a beta version as a forerunner, which means that the Cupertino-based tech giant had to roll it out without… 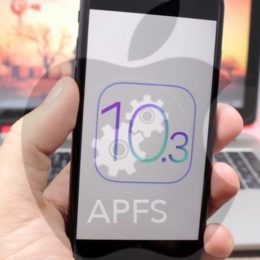 iOS 10.3 Brings APFS To Your iPhone And iPad

Apple has recently seeded iOS 10.3 for its worldwide iPhone and iPad users. It’s a must have update that brings an important under the hood change to your beloved mobile devices. The iOS file system has been completely revamped. The old HFS+ has been replaced with the revolutionary APFS, Apple File System in a further… 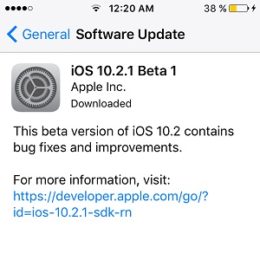 Only three days after the public release of iOS 10.2, Apple’s in house programmers started working on another minor iteration. The iOS 10.2.1 Beta 1 is up for grabs for those iPhone and iPad owners that are enrolled with the Apple Beta testing program. If you never installed an iOS test version on your Apple… 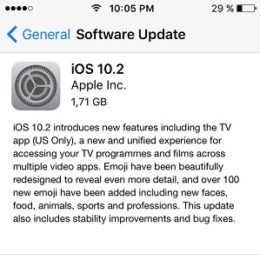 All 35 Changes Coming Along iOS 10.2 To Your iPhone And iPad

As predicted in our review of the 7th Beta for the iOS 10.2 developer testing program, the public launch of this second major iOS 10 update has been rolled out on December 12, two months after the release of the 10th iPhone Operating System iteration. The way we anticipated, iOS 10.2 brings no less than… 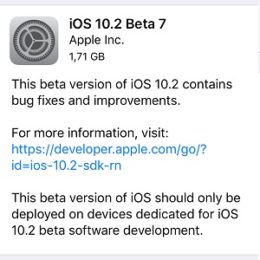 A little over a week ago we anticipated that Beta 4 for iOS 10.2 was also deemed to be the GM version, thus the final test firmware before the official release. Obviously, we have been wrong because, astonishingly, Apple managed to release three more betas within the last 9 days. This means that now you…

Read More
Tags:BetaiOS 10iPadiPhoneSoftwareUpdate
Previous Posts
Next Posts
Copyright © 2014 - 2023 iPhoneTricks.org
This website is not owned, licensed or affiliated with Apple Inc.
The content of this website is not supplied or reviewed by Apple Inc.
iPhone is a trademark of Apple Inc. For more info please read our Disclaimer.