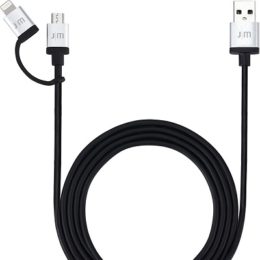 Posted in Accessories by Tyrone on November 6, 2016

It’s common for families nowadays to own both Apple as well as Samsung and a whole range of brands of smart devices. In same cases even the same individual can own an iPhone and a Samsung tablet or an iPad and a Galaxy or Pixel smartphone. In this case you surly are annoyed by the… 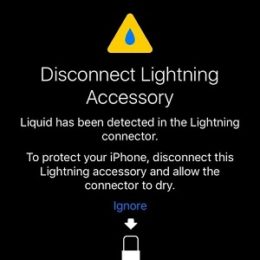 While beta testing iOS 10, we’ve bumped over a new iPhone warning screen, most probably introduced by Apple in this new version. It’s called Disconnect Lightning Accessory and has the role to warn an iPhone user that water or any other type of liquid has been detected in the Lightning Connector. The recommendation is to…

Read More
Tags:ConnectoriOS 10iPhoneLightningWarningWater
Next Posts
Copyright © 2014 - 2022 iPhoneTricks.org
This website is not owned, licensed or affiliated with Apple Inc.
The content of this website is not supplied or reviewed by Apple Inc.
iPhone is a trademark of Apple Inc. For more info please read our Disclaimer.