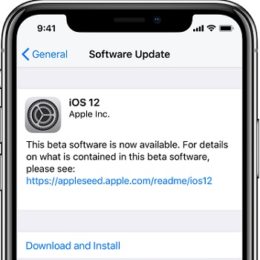 The long wait is over! Apple has released an iOS 12 Beta version for the general public too! Until now only registered Apple developers had official access to the iOS 12 test versions. Nevertheless, we provided a workaround for this shortcoming which allowed general access to the Developer Betas. If you haven’t used the trick… 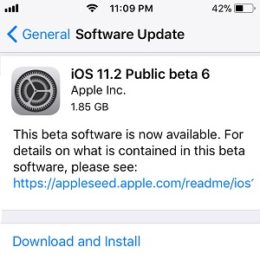 Apple has just seeded the 6th beta version for the upcoming iOS 11.2 software update, to both Developers and Public testers. It’s a Friday release coming towards the end of the testing stage, which makes it a strong candidate as being the Golden Master version of the 2nd major iOS 11 upgrade. iOS 11.2 Developer… 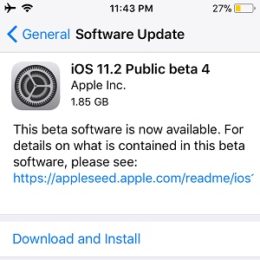 Apple has just rolled out iOS 11.2 Beta 4 for both Developers and Public beta testers, only 4 days after the third beta release and a full three weeks since the start of the iOS 11.2 beta testing campaign. Today’s firmware upgrade has build number 15K5102a (Public version) and 15C5110b (Developer edition). We’re already deep… 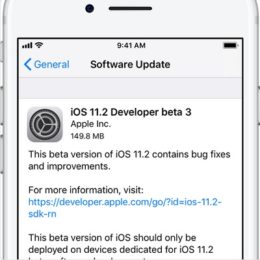 As expected, Apple has just seeded the third beta of the iOS 11.2 testing phase. The new test firmware is available for both Developers and Public Beta tester over-the-air. As long as you have the iOS Beta Configuration Profile installed on your device, you will receive the update in the Settings app. Browse for General… 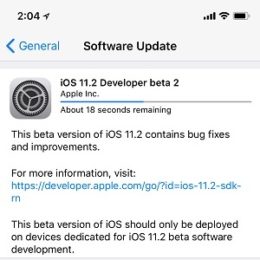 iOS 11.2 Beta 2 An Exclusive Software Update For The iPhone X

Only a few hours since the official launch of the iPhone X, Apple has already seeded the first software update that targets the 10th anniversary iPhone. I’m talking about the iOS 11.2 Beta 2 firmware that was just seeded as an exclusive update for the iPhone ‘Ten’. The iOS 11.2 beta testing phase started earlier…

Read More
Tags:BetaDevelopersiOS 11iPhone XOTAPublicSoftwareUpdate
Previous Posts
Next Posts
Copyright © 2014 - 2022 iPhoneTricks.org
This website is not owned, licensed or affiliated with Apple Inc.
The content of this website is not supplied or reviewed by Apple Inc.
iPhone is a trademark of Apple Inc. For more info please read our Disclaimer.