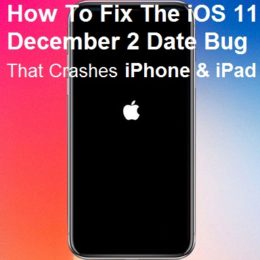 Another annoying bug has found its way into iOS 11! This time instead of getting strange symbols autocorrected by your Keyboard, your iPhone or iPad crashes completely when you receive a local notification or reminder and your device’s date is December 2 or later. The glitch is so serious that Apple has rushed the release… 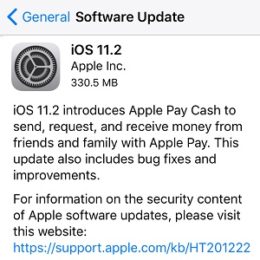 Yesterday, when the iOS 11.2 Beta 6 was rolled out, I predicted that we’re most likely dealing with a Golden Master version. I was right, but I would never have expected for Apple to push the official iOS 11.2 only a few hours later. Neither did the Cupertino-based tech giant, until a huge iOS 11…

Read More
Tags:BugCrashingFixiOS 11iPadiPhoneNotificationsRemindersRespringSoftware Update
Copyright © 2014 - 2022 iPhoneTricks.org
This website is not owned, licensed or affiliated with Apple Inc.
The content of this website is not supplied or reviewed by Apple Inc.
iPhone is a trademark of Apple Inc. For more info please read our Disclaimer.