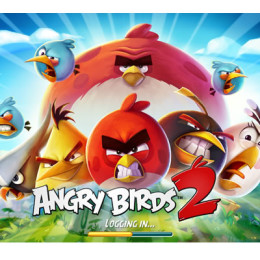 Angry Birds 2 is the 2015 sequel of the most popular mobile game of all times! Get ready to slingshot your favorite birds in captivating missions that contain multi-stage levels, boss pigs and a lot of miscellaneous. The app is really captivating because it adds a lot of decision making, compared to the previous edition….

Read More
Tags:Angry BirdsApp StoreGameGameplayiOSReviewRovio
Copyright © 2014 - 2022 iPhoneTricks.org
This website is not owned, licensed or affiliated with Apple Inc.
The content of this website is not supplied or reviewed by Apple Inc.
iPhone is a trademark of Apple Inc. For more info please read our Disclaimer.