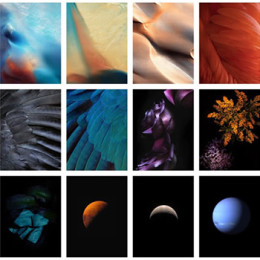 Posted in Freebies, TILs by Patricia on August 7, 2015

The most recent Public Beta version of Apple’s 9th mobile OS generation introduces a new range of static wallpapers, or Stills as the developers label them. Curiously, it also removes, the until now considered, default iOS 9 background, the colored wave snapshot. However, we do believe that it will be brought back, just in time,…

Read More
Tags:BackgroundBetaDownloadiOS 9SaveStaticWallpapers
Copyright © 2014 - 2023 iPhoneTricks.org
This website is not owned, licensed or affiliated with Apple Inc.
The content of this website is not supplied or reviewed by Apple Inc.
iPhone is a trademark of Apple Inc. For more info please read our Disclaimer.