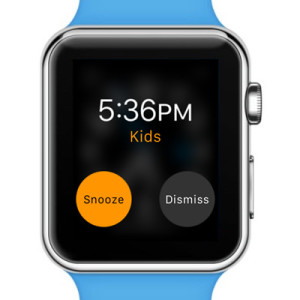 Despite the numerous functions available on Apple’s wrist gadget, the device is primarily a watch. Similar to any time keeping machine, it comes with the traditional alarm clock features, which help us to wake up and arrive in time four our daily tasks. The Timekeeping section, on the Apple Watch, includes four classic functions: Alarm Clock, Stopwatch, Timer and World Clock.

All four apps can be added to the customizable Watch Faces. Having a glance of the Alarm Clock on your main clock screen, rapidly informs you about the first incoming alarm and also provides handy access to the full app. Alarms can be used to trigger an alert, on your Apple Watch, at a predefined moment in time. It rings and/or vibrates, using the taptic engine, to wake you up or inform that time has come.

How To Add New Alarms
You can add an unlimited number of alarms and set them up, to suit your needs during every moment of the day. Flick your wrist and press the Digital Crown, to open the home screen app view. Tap the orange Alarm Clock icon. Use Force Touch and press firmly on the screen, until the “+” icon shows up. Tap it and a now you’re prompted to set the desired alarm time. Use the top right and left buttons, to select between AM and PM. Turn the Digital Crown and select the Hour. Now, tap on the Minutes section and use the Digital Crown again, to set the exact ringing time. Tap Set to confirm alarm, when ready! 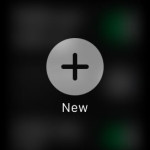 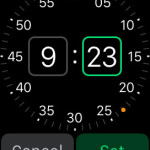 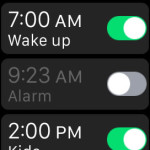 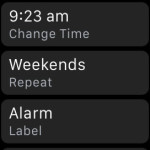 Additional settings are available in the Edit Alarm menu. In the Alarm app home screen, tap on the alert that you wish to tweak.
Set if you need the alarm to stay active and ring in some other day too. If so, tick in which days you need it to notify you.
Next up, you can use dictation to change the Alarm label. This helps you remind yourself if you’re using the alert for something else than waking up.
Last but not least, you can decide if you will be able to delay the alarm or not, by tweaking the Snooze function. 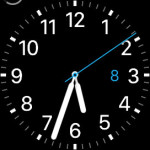 If you’re the type of user that relies heavily on alarms, you can ensure rapid access to this watch OS function, by adding it to your customizable Watch Face. Light up the display of your wrist gadget and Force Touch on the current Watch Face. Make sure that it supports the Alarm module and hit Customize. Now, decide in which section of the screen you want to allocate the wake up alerts too and use the Digital Crown to scroll for it. When ready, press the crown to return to Watch Face.

Erase and alarm, if you no longer need it, from the Edit menu. Scroll all the way down until you get the red Delete button.

Siri can be used for adding or disabling an alarm. Use the syntax: “Set alarm for [time] o’clock PM/AM!”; “Turn off [time] alarm”.

Tip: If you only wish to be notified about a to do action, use reminders instead of alarm. They ring only once and display a notification on your screen.