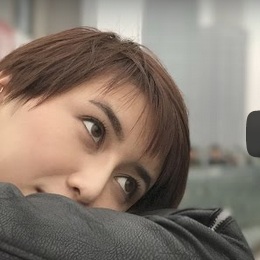 If you’re having doubts what to choose between the iPhone 7 and its oversized brother, Apple aims to help you out. The Cupertino-based tech company has just launched a new ad that promotes the Portrait Mode feature, which is exclusively available with the iPhone 7 Plus. As you might already know, the 5.5-inch iOS device is equipped with a Dual-Lens camera that is able to capture photos while creating a special focus on the subject, also called Depth Effect.

We spotted the new ad on Apple’s official YouTube channel and find it very convincing. It’s called “The City” and features a young Asian couple meeting in a crowded city and highlighting each other with the help of this iPhone 7 Plus Camera option. Apple describes the Portrait Mode, as a feature that allows you to “focus on what you love and leave everything else behind.”

The musical background of “The City” movie is provided by Walter Martin, featuring Karen O. with the record “Sing to Me”. Apple has invested a lot of effort in promoting the Portrait Mode, to its potential customers, especially because this new feature was available with delay. The Bokeh effect became available only since iOS 10.1, a month after the release of the iPhone 7 and iPhone 7 Plus and the release of the 10th iOS generation.

The City – iPhone 7 Plus Portrait Mode Ad
Play the YouTube video available below and check this new Apple ad:

Tip: To capture great images with the depth effect make sure that you are outdoor and have a lot of light. Our test have shown that Portrait Mode delivers low quality shots indoors, in low light environment. We do expect that Apple will stabilize the zoom lens and increase the aperture to make this feature even greater, with the upcoming iPhone iteration.

Fact: Did you know that Apple plans to bring a vertical dual-lens orientation for its upcoming anniversary device, anticipated as iPhone 8?