The Fastest Way To Buy An Apple Watch 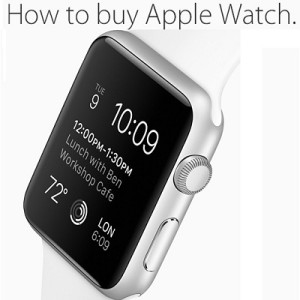 How to buy Apple Watch.

With the pre-order launch date quickly approaching, it has been confirmed that the quickest way to purchase Apple’s revolutionary wrist-held device is via online orders!

The Watch will be shipped on a first come first serve basis. So, if you wait to try it hands-on,in an offline Apple store, you’ll surly miss the first wave!

Rumors state that because of the large number of pre-orders, smartwatches won’t be available for direct Apple retail store offline purchase on April 24, because online sales and reservations that have priority, could cause a sellout!

If you aim to wear an Apple Watch on April 24, read on and apply the following tips!

9 Countries Get The Watch 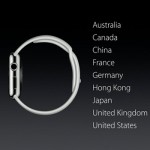 The first wave of Apple Watch releases, will make the gadget available, for online and offline pre-orders, to Apple fans from nine of the most popular global markets including: United States, United Kingdom, Canada, Australia, Japan, China, Hong Kong, Germany and France!

April 10, 12:01am PDT equals…
The Watch has been simultaneously launched in all the above mentioned countries. To be among the first that will own this revolutionary gadget you need to pre-order online as early as possible. Below, you have a list with the exact launch date and times for each market!

2 Ways To Quickly Grab The Watch
Everyone that pre-orders online starting with April 10 can choose between two options of quickly grabbing the Watch:
1. Online purchase: Free shipping towards your desired location, within the country of ordering, of course.
2. Online reservation: Allows you to reserve an Apple Watch and have it available for pickup within the desired Apple Store.

Fastest Steps To Buy An Apple Watch
Step 1: Start now and learn now to choose your Apple Watch. Lock on a model, decide upon the size, pick your case and band color!
Step 2: If you’re living amongst the 8 countries chosen for the primary Watch release wave, get ready to order Apple’s smartwatch online, on April 10, starting with 12:01am PDT!
Tips: 1. Use the Apple Store app to reserve or pre-order if Apple.com turns up overloaded because of an increased fan affluence!
2. Reserving a device for in store pickup might prove more efficient because you can personally walk in and grab the Watch. If you rely on shipping, you could encounter delays because of several reasons!
Step 3: On April 24, welcome the courier or visit the nearest Apple Store to grab your Apple Watch! Good luck!