Breaking: TikTok and WeChat Downloads To Be Banned In The US 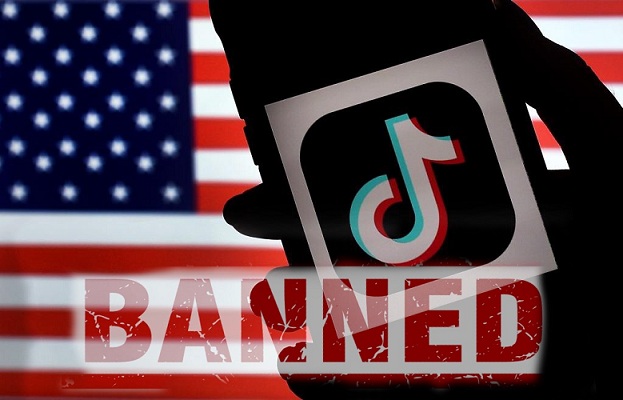 TikTok downloads to be banned in the United States

TikTok and WeChat downloads in the United States will be banned starting with Sunday, September 20! Reuters reports that the U.S. Commerce Department plans to move on with the order that attempts to limit the activities of the two Chinese-owned social media platforms.

Why Is the United States Banning TikTok?

The reason for this unprecedented actions represents the risks posed by the data collection practices of the two companies, ByteDance and Tencent Holdings and their Chinese ownership. US official claim that the Chinese communist regime can use the data gathered by the two social media platforms to spy on the United States and its citizens.

How Is TikTok Defending?

The two companies behind the Chinese social media platforms have repeatedly denied that U.S. data collection is used for spying.
TikTok has proposed to form a new company called TikTok Global and offered to sell parts of the business to the U.S. cloud computing company Oracle in an attempt to find a workaround. Apparently, this isn’t considered enough by US officials. President Donald Trump aims to force TikTok to sell its U.S. operation to a company from the United States.

Will TikTok Still Work In The United States After The Ban?

If the ban will be set in place it will only affect the new downloads of TikTok and WeChat. Basically, Apple and Google will have to pull the app from the App Store and Play Store.
This will prevent new users from joining the social platforms and will also impact old users, that won’t be able to receive app updates.
Important: Existing users will be able to continue to TikTok, until further actions. However, the platforms services could considerably degrade in the near future as the above mentioned order will also prohibit “additional technical transactions,” “content delivery services,” “peering services,” and “data hosting” in the United States, which means that TikTok and WeChat won’t be able to continue to develop their services.
Fact: Other apps owned by ByteDance and Tencent Holdings will continue to be available.

US Companies Can Still Use TikTok

Apparently companies from the United States such as Starbucks or Walmart will be able to continue to do business using TikTok and WeChat, but only outside of the United States.
However, there doesn’t seem to be any interest in WeChat. Until now, no US company presented interest in purchasing WeChat’s U.S. operations, which makes it almost impossible for Tencent Holdings to avoid the ban.

What do you think about this news? Is the U.S trying to force TikTok to sign a deal with Oracle? Will they go all the way and ban TikTok completely from the United States? Use the comments section and share your thoughts!

2 Responses to Breaking: TikTok and WeChat Downloads To Be Banned In The US