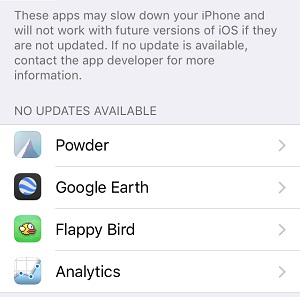 As you might already know Apple is about to end the transition process from 32-bit software to the more rapid and efficient 64-bit format. However, not all app developers have lined-up to this requirement and there are still plenty apps that haven’t been updated. It’s important to know that all this software is currently slowing down your iPhone and iPad and will simply cease to work in the near future.

The Cupertino-based tech giant plans on ditching 32-bit support by the end of 2017. The iPhone 5 & 5C are the only devices running on 32-bit processors that are still receiving iOS support and we’re almost sure that iOS 11 won’t include them on the list of compatible Apple devices. Which means that by September, all apps that haven’t been updated to the 64-bit format will stop working!

If you’re an old time iPhone user there’s a high chance that you run hundreds of applications on your device and surly some of them are outdated. You probably noticed some of them, because Apple has introduced a warning prompt, starting with iOS 10.1, that informs users that an outdated app might slow down the iPhone. The warning has been emphasized along with the release of iOS 10.3. The prompt now clearly informs that the application in question will stop working if the developer won’t update its compatibility. 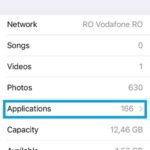 How To Check Outdated Apps
Thanks to the same iOS 10.3 update, you can now check a full list with the apps the slow down your device and are installed on your iPhone or iPad. This helps you plan your next steps. In case that you use an outdated app and want to continue to do so, you can consider contacting the developer and ask him for feedback and inform yourself if the application will be updated soon, or you have to find a similar app that is able to run on 64-bit mode. 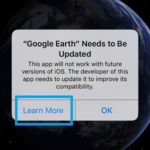 Tip: To unveil the list with apps that slow down your iPhone tap on Settings browse for General and hit About. Next, tap on the newly added option, labeled as Applications. You can find it between the Photos and Capacity info. The App Compatibility screen opens up and you’re informed which software doesn’t come with 64-bit support. If an update is available you can tap on the app’s name and will be redirected to the official App Store download page. Else you have to wait and hope for an update.
Fact: 1. I was surprised to find out that Google Earth is missing the update!
2. I’ll certainly miss Flappy Bird!

Trick: A shortcut for the App Compatibility page is available if you press the Learn More tab available on the outdated app warning message prompt!