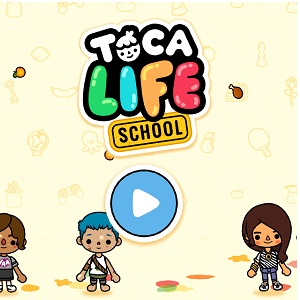 Apple has just updated the iOS application that goes free for the upcoming seven days. Toca Life: School is the software included in the App of the Week campaign, for week 15 of 2017. It usually retails for $2.99 but you can grab it now, free of charge, from the App Store. This educational software is developed by Toca Boca AB and is part of the popular Toca franchise that includes famous series like Toca Mini, Toca Builders, Toca Band and Toca Hair Saloon 2 that was features as App of the Week, last year!

Toca Life: School is the 3rd app of the Toca Life series which includes Toca Life: Town and Toca Life: City. It’s developed for kids between the ages 6 and 8. It allows them to create and enjoy fun school adventures. Users can pick from 5 different locations that share stories about activities at school. Kids can embark on science experiments, spend time on the playground or have fun at the youth club. Players can choose one of the 34 available characters and can pick numerous outfits to wear. 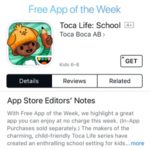 Download Toca Life: School On iPhone & iPad
Simply tap on the image nearby and you’ll be redirected to the official App Store download page. Hit the GET button, followed by INSTALL and wait until the software is installed on your iOS device. Next, tap on OPEN and the game is launched. Hit the Play icon and start your school adventure by tapping on one of the available buildings.
Fact: Toca Life: School is 331 MB large and requires iOS 6.0 or later. It runs on iPhone 4 to iPhone 7 Plus, as well as on iPad and iPod touch. 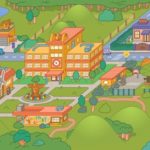 Toca Life: School Features
Along the ones presented above other extras worth mentioning are:
– Record: allows you to save your story and share it with your friends. Users can record up to two minutes of video, which will be saved in the iPhone or iPad CameraRoll.
– Life Weekly: keeps players interested. Every Thursday kids receive hints about hidden treasures, along with tips to uncover them.
– Entertainment: Play pool, ping-pong or various music instruments in the youth club!

Fact: Toca Life: School doesn’t include in-app purchases or third party advertising. This means that if you download the app now, you will enjoy it free for life!

Tip: If you’re looking for more savings check out other App Store Deals too!