Top 50 Movies And Television Series On iTunes In 2017

Posted in Apple Sales by Miika on December 9, 2017 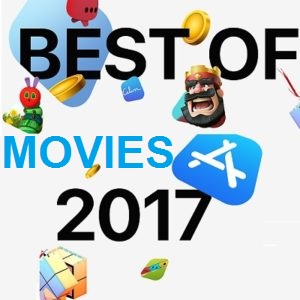 Apple has recently announced the best and most downloaded content in 2017 from the App Store and iTunes. We’ve informed you which apps and games have been awarded the “Best of” title. Now it’s time to take a look at the most watched movies and TV Series on the iTunes store this year. According to Apple the top film of the year was Walt Disney’s epic adventure “Moana”, seconded by “Rogue One: A Star Wars Story” and “Wonder Woman”.

Other great downloads worth mentioning are the family-friendly movies “Sing”, “Trolls” and “Beauty and the Beast”. Marvel has two titles in the Top 10 named “Guardians of the Galaxy Vol. 2” and “Doctor Strange”. When it comes to Television Series the top spot is awarded to HBO’s “Game of Thrones: Season 7”, followed closely by “The Walking Dead: Season 8”.

Related: Check out the most downloaded free and paid iPhone apps and games of 2017!