Trick Shot Your Way To The Box 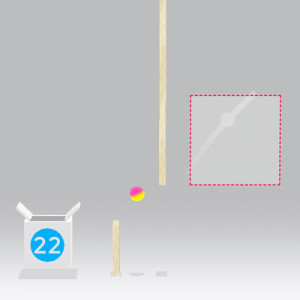 Today, I’m introducing to you a new puzzler, that’s featured this week on the App Store. If you love playing games on your iPhone or iPad, Trick Shot for iOS can help you to loosen up the stress in-between meetings or classes. The app is developed by Jonathan Topf and it’s an addictive little game that requires you to aim and fire a ball, so that it lands in a box. You can alter the trajectory during the flight, while obstacles are always around to make your mission difficult and sometimes, almost impossible.

However, you have an unlimited number of attempts and various types of balls to try with. The spheres have predefined attributes, which lead to different flight paths. Trick Shot is an Angry Birds-like launching, Bouncing Ball-like physics and Basketball-like finish which mix into a strange form of electronic golfing! A ball is slingshotted towards a box, having the role of a hole. The target is fixed, nevertheless you will encounter levels with moving obstacles and various other challenges. 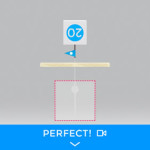 You can play this game just as easy on your iPhone or iPad. IF you’re ready to spend $1.99 and start throwing balls towards a box, download Trick Shot and install in on your iOS device. It’s only 39.4 MB big. I toyed with it for a couple of hours and couldn’t find any annoying bugs. Read on for more details!
Fact: There’s no Apple Watch support, for the moment, but I can see myself playing this game pretty easy from the watchOS device.

How To Complete A Trick Shot Level 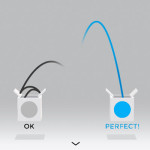 A course can be passed successfully with two ratings: OK or PERFECT. The first one is achieved if the ball touches the edges of the box before landing in the hole. A flawless throw is completed when the sphere lands in the box without any deflection. That’s the equivalent to a nothing but net basketball attempt.
Fact: No matter how the ball ends up in the hole, the level is passed and you can proceed to the next round. Completed courses can be replayed, especially if they’re labeled as OK and you wanna improve to PERFECT! 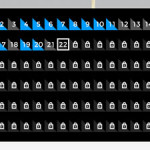 – Version 1.0 comes with 90 levels. You can advance only in chronological order. You have to complete the current level at least once before you’re allowed to move on.
– You have an unlimited number of tries. I would say sky is the limit, but actually your free time and iPhone battery are the only limitations.
– Works on Apple devices running iOS 7 or later and it’s optimized for iPhone 5 or later.
– The game is played in landscape mode only.
Tip: Slide up and down to navigate between completed levels!