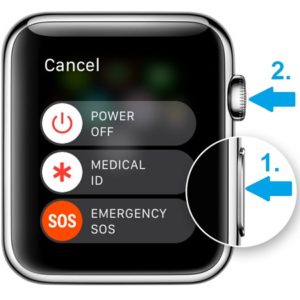 How to troubleshoot unresponsive Apple Watch.

The Apple Watch is a great gadget that becomes more and more independent each year. This autumn it reached its 4th generation series and with the addition of GPS and LTE it can support voice calling as a standalone device, without needing to outsource signal from the paired iPhone. Most apps are also hosted by watchOS 4 and starting with next year, Apple forces developers to created only software that can run by themselves on your wrist, without support from the paired iPhone.

This makes the apps and functions available on the Apple Watch more complex and resource demanding. The transition has been smooth and no important problems have been reported so far. However, it might happen for a third party app or even a native one to jam and freeze your Apple Watch. If the issue isn’t self-troubleshooted by your wearable in due time, you can apply a nice trick that allows you to manually force quit the app and start allover again.

How To Force Quit An App On The Apple Watch
This trick isn’t new, and we’ve already covered it when Apple’s wrist-worn device has been initially released, more than 2 years ago. But, I’m sure that many of you aren’t aware about it. So, whenever an app becomes unresponsive use the following button combination to troubleshoot it:
1. Press & hold the Side Button until the “Power Off” screen is displayed. Tabs like “Medical ID” and “Emergency SOS” might also be displayed.
2. Next, press & hold the Digital Crown until you go back to the watchOS apps bundle.

Fact: You might think that nothing special happened, but actually the app in question has been permanently closed. It won’t run in the background and will be freshly launched whenever you decide to open it!