Posted in Errors and Issues by Mike on September 23, 2022 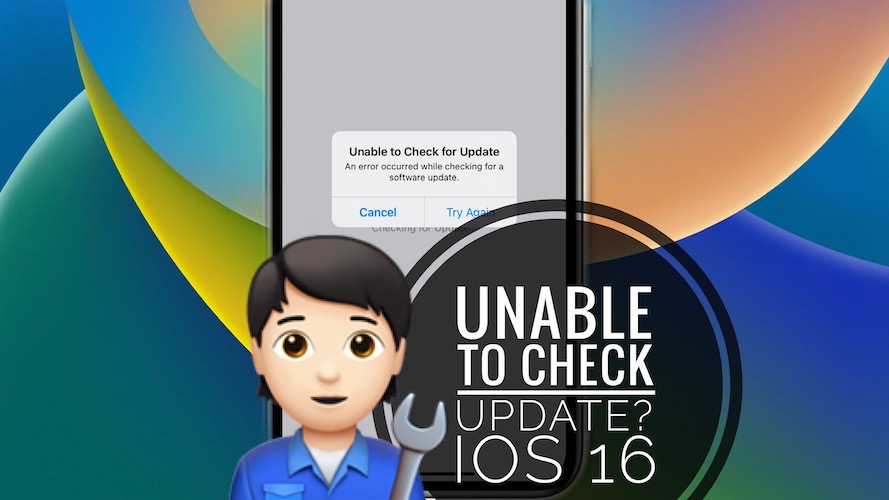 Unable to check for update iOS 16

Unable to Check for Update error keeps popping up on iPhone? iOS 16.0.2 not showing up in the Software Update section, no matter how many times you Try Again? You’re informed that an error occurred while checking for a software update?

Unable To Check For Update Error 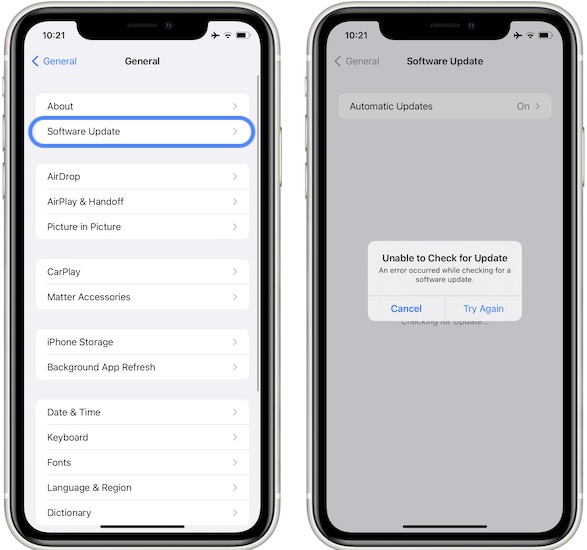 The issue has been reported by Jaxon5:

I’m seeing “unable to check for update”! What’s wrong? Is this iPhone 14 only again?

We’ve managed to replicate the problem on an iPhone 12 Pro running the iOS 16.1 beta version!

How To Fix Unable To Check For Update

If you’re getting this error you most likely already updated your iPhone to one of the two available iOS 16.1 beta versions.

Because of this, iOS 16.0.2 won’t show up even if you remove the iOS 16 Beta Profile and reboot your iPhone. You’re trying to update to an inferior version and that’s not allowed by Apple!

Have you managed to fix Unable to Check for Update iOS 16.0.2? Do you have a better solution or more questions? Use the comments section to share your feedback.

Related: Users also complain about the Unable To Install Update error. Here is how to fix it!