Unsend Message Not Working On iPhone In iOS 16? (Fix?)

Posted in Errors and Issues by Mike on September 14, 2022 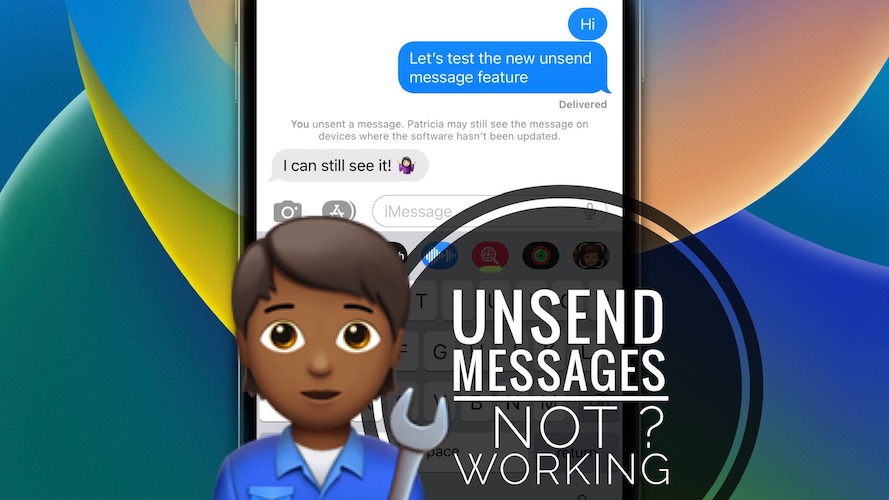 Unsend Message not working on iPhone in iOS 16? You’re using the new Undo Send option for iMessages but the text only disappears at your end. Your conversation partner can still see it?

Unsend Message Not Working In iOS 16? 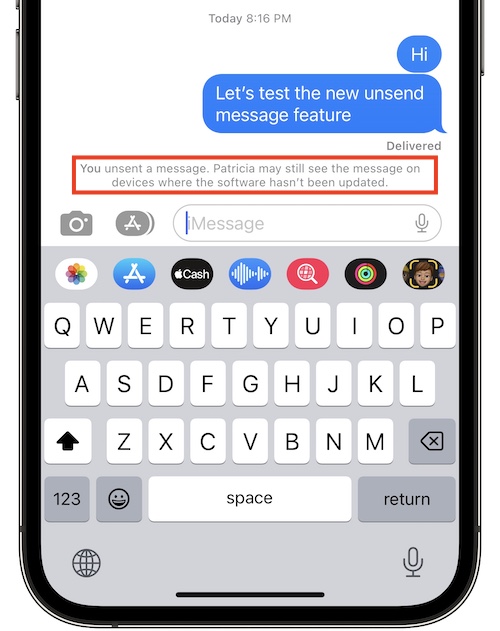 You’re informed that your conversation partner “might still see the message on devices where the software hasn’t been updated”? However, you’re sure that the other end is using the iOS 16 public release version too?

This issue has been initially reported by Steve (iPhone 13 Pro Max) using our bug report form:

“Every time in iOS 16, I send a message to another person that has iOS 16 and I tried to unsend it doesn’t go away on their end, but disappears on my end and says the other person doesn’t have updated software…This is totally incorrect. The person is running iOS 16”

The Undo Send message problem has been also confirmed by Lisa:

“The unsend message feature doesn’t work…I’ve tried to use it multiple times in under 2 minutes and it still doesn’t work.”

Is the Undo Send feature also not working properly for you and your conversation partners? Confirm the issue in the comments. Provide any details that could hint a pattern and help us pinpoint the cause!

Before you start looking for a fix, know the Unsend limitations for Messages:

This is a new iOS 16 feature! For Undo Send to work in Messages, both or all devices involved in an iMessage conversation have to be updated to iOS 16 or later.

Tip: A public release version is required (build number 20A362 or later) and not a pre-release one from the beta stages! 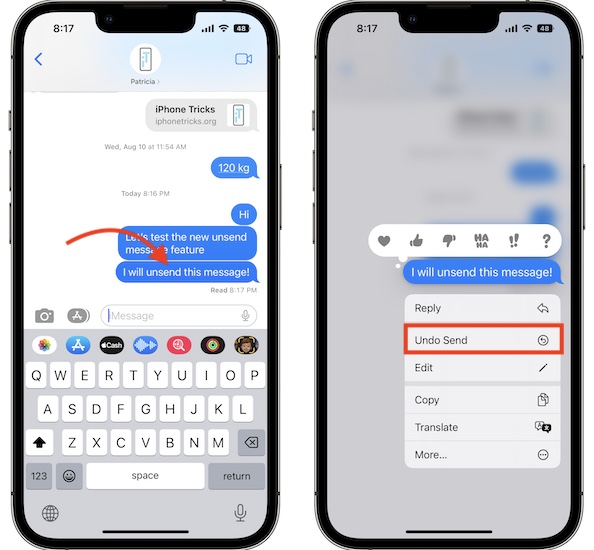 There a 2-minute Undo Send timeframe. Timer starts when you send the message. If you surpass the time limit unsending isn’t possible anymore!

How To Fix Unsend Message Not Working

If all the requirements are met and the issue persist you can apply the following troubleshooting steps:

In Settings -> Messages turn off the iMessage feature. Reboot iPhone and turn it back ON. Wait until it’s activated and try again.

Check Apple’s System Status page (direct link) for any issues with the iMessage servers. A downtime might cause the unsend feature not to work properly.

Have you managed to fix unsend message not working in iOS 16? Do you have a better solution or more questions? Use the comments to share your feedback!

Related: Do you know that you can also Unread Messages and even edit them in iOS 16?

4 Responses to Unsend Message Not Working On iPhone In iOS 16? (Fix?)