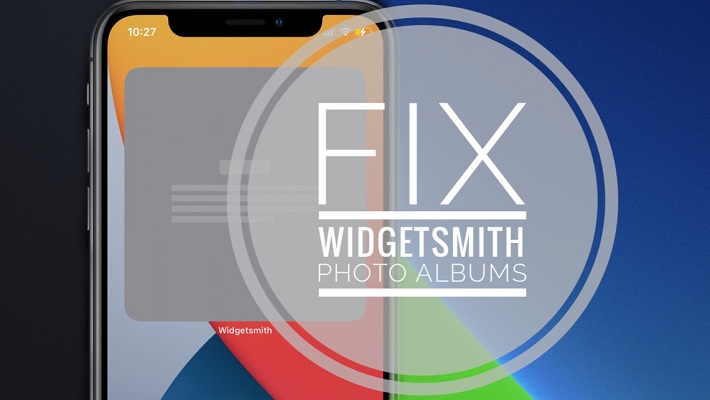 Widgetsmith has just received a new software update. Version 1.0.7 promises to fix a glitch that was preventing the shared albums from displaying on the iOS 14 Home Screen. On top of that, we’ve also noticed that it fixes the No Data Activity widget bug!

Widgetsmith is one of the most popular apps that provides custom widgets for the iPhone Home Screen. It has seen a rapid rise in popularity right after the release of iOS 14, thanks to its unique widget customization option. However, because both the app and the OS are new releases and fair share of bugs and errors have annoyed iPhone and iPad users.

How To Fix Widgetsmith Photo Album Not Showing Up

If you encountered problems with the shared album widget this update will solve it for you.

Although this isn’t mentioned in the update log, version 1.0.7 also fixes the annoying ‘No Data’ issue that was displaying, on a black background, in the Activity widget.
Strange enough the Health data permission still display Status: Requested, instead of Granted, but the widgets are now displaying live data from the iOS Health app.
Fact: Confirmed on our devices!

This small update includes the following enhancements:
– Fixes the shared albums widget bug.
– Adds a new Photo Date & Time widget, providing you the option to select a background photo and display the current time, day of the week and calendar date in the same box.

Important: If all your Widget smith widgets turn grey after updating. Reboot your iPhone and the glances will return back to normal!

Check out our live Widgetsmith troubleshooting guide and learn how to fix the grey screen bug:

Has this update truly fixed the Widget smith photo album widget bug on your iPhone? Let us know in the comments section available below.

Related: If you’re still encountering problems with Widgetsmith custom widgets you can check 5 more troubleshooting tips, as well as an extended fixing guide for the blurry photos problem.