Watch The WWDC 2019 Keynote On Demand 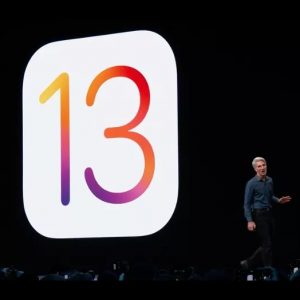 As expected iOS 13 was announced and previewed during the WWDC 2019 keynote. The 13th iOS generation as well as the upcoming iPhone 11 will be our main focus from now on until their official release. Traditionally new iPhone models and their new OS are released in early to mid September. This summer we’ll highlight all new iOS 13 features and inform you about what to expect from the upcoming iPhone OS. If you missed the keynote, or simply want to watch it again to get a better understanding of all the upcoming new features you can watch the full replay in the YouTube video embedded below.

The WWDC19 keynote was almost two-and-a-half hours long and besides iOS 13, it also announced the upcoming iPadOS, watchOS 6, macOS Catalina, and tvOS 13. Along the new software, Apple also showcased new hardware like the new modular Mac Pro and Pro Display XDR. See everything as it happened in the full WWDC 2019 keynote video, published by Apple.

WWDC 2019 Full Keynote Video
All that you have to do is play the YouTube video embedded below: