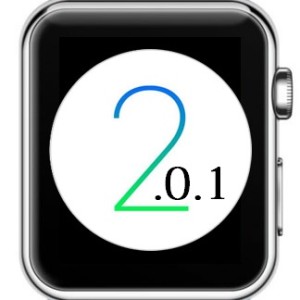 Exactly one month after the watchOS 2 release, Apple has launched its first firmware enhancement of the 2nd watchOS generation, labeled 2.0.1! Similar to iiOS 9.1, this first update of the new Apple Watch operating system doesn’t come with spectacular improvements. However, I strongly recommend you to upgrade to this latest release because the performance improvements and bug fixes are always welcomed no matter how tiny they are.

An enhancement worth mentioning and surly one of the most important ones coming with watchOS 2.0.1 is the improvement of battery lifetime. Users have experienced a slight drop in battery performance after switching to watchOS 2. Several flaws have been impacting the battery life of your wearable, in a negative way, but Apple promises to have them solved out. 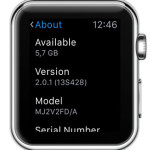 You don’t need to run iOS 9.1 on the paired iPhone in order to be able to update to watchOS 2.0.1. Any Apple smartphone running iOS 9 or newer is able to download and install this latest operating system version, on the paired Apple Watch. The process is available over-the-air and can be performed from the Apple Watch app available on your iPhone. Open it and browse to My Watch -> General -> Software Update. Tap on Download and Install after your gadget loads the software update result. Provide your passcode, agree with Apple’s terms and the download will commence. The firmware package is around 62 MB large. After the file is grabbed, watchOS 2.0.1 is installed on the wrist-worn gadget.
Fact: Make sure that your Watch is plugged into a power source and that it’s connected with the paired iPhone via Bluetooth and Wi-Fi! 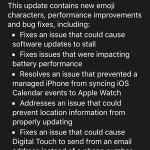 Here is a list with the most important fixes brought with this first watchOS 2 iteration:
1. Problematic Updates: have been reported when a third party app received an App Store update. The software would correctly upgrade on the iPhone but fail to achieve the same result on the Watch.
2. Calendar Syncing: wasn’t working. Events available on the iOS device are now uploaded to the wrist wearable too.
3. Location Info: errors are no longer a factor.
4. Digital Touch: could sometimes send a sketch, tap or any other form of conversation, using the sender’s email address instead of his phone number.
5. Live Photos: as watch faces can now be used flawless. Stability improvements have been provided.
6. Sensors: measuring heart rate via Siri are no longer remaining active definitely. Problem solved!
7. Battery Life: is improved as explained above!