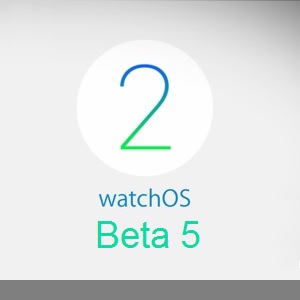 Along with the iOS 9 Public Beta 3, Apple has also released its fifth test version of the upcoming watchOS 2. Both mobile and wearable operating system releases are scheduled for this fall and the Cupertino-based developers are working on fine tuning their software for the important official release. WatchOS 2 Beta 5 is only recommended for developers. It doesn’t come with a public test version. Because of this, we don’t recommend you to try and to install it on your Apple Watch, unless you’re an iOS coder.

We thought that you might be curious about the novelties added by Apple, so we’ve tested this 5th beta out for you! Read on and find out what’s new. First of all, battery efficiency issues encountered in the previous updates seem to have been solved, or at least considerably improved. Secondly, the operating system acts more stable and it’s expected to do so, with about 1 month left until the public release! 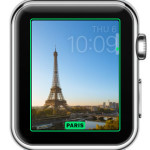 As you might already know, from our previous articles, watchOS 2 is coming with a new Watch Face type, the Timelapse Faces. Five preset ones were added in the first beta and now the package has received one more item. It’s called Paris and it features the famous Eiffel Tower, captured during 24 hours of a beautiful sunny day. Timelapse watch faces are animated Apple Watch backgrounds, that display the main highlight of the frame during different stages of the day. The loop synchronizes with the actual time displayed on the Apple Watch. You can view the new Paris theme in the animation uploaded nearby. 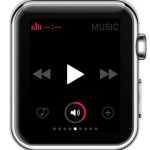 The Now Playing screen, which allows you to control music playback from or on the Apple Watch has also been updated. You can check the screenshot displayed in this article and convince your self. You’ll notice a circular volume level indicator centered below the Play/Pause button. This could be also become a third party Watch Face complication. It’s flanked by a heart-shaped and aplus icon, for quickly adding tracks to favorites and playlists.
Fact: The Apple Watch Music app also features a Quick Play option, that you can use to start music playing with a single tap. 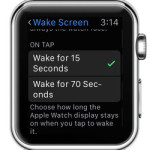 Apple Watch also received a new function that will keep the display lit for one minute and ten seconds is the user doesn’t interfere. This can be tweaked from Settings and you can opt for the standard time-frame of 15 seconds used until now and the extended 70 seconds one. Please note that this duration only applies if you light up the Watch’s screen with a tap! If your device wakes because of a wrist raise, screen will dim when you lower back your arm.
Tip: If you tap your Watch and have the 70 second screen-on feature in place, you can turn it off earlier by covering the display with the palm of your hand. It’s the same gesture performed when you hand cover the Apple Watch to silence it.