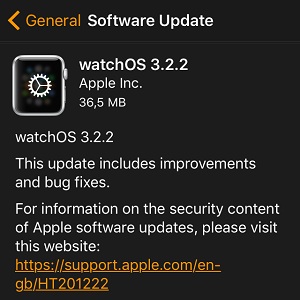 Along with iOS 10.3.2, Apple has also rolled out a minor software update for the Apple Watch. No, noticeable changes have been detected during watchOS 3.2.2 beta testing, so expect a minor update that improves stability and fixes bugs. However, no matter how discrete the new version is, we strongly recommend you to upgrade as soon as possible!

watchOS 3.2.2 follows right after watchOS 3.2, an iteration that was released exactly six weeks ago and introduced Theater Mode, along with additional Siri functionality and other changes. iOS 10.3.1 was an emergency roll out, only 10 days after the previous upgrade, to fix a Wi-Fi vulnerability. However, the flaw wasn’t affecting the Apple Watch too. This is why Apple skipped . 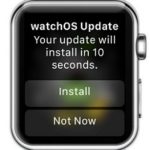 As usual, open the Apple Watch app on the paired iOS device and browse the My Watch tab. Scroll for General and select Software Update. Your iPhone will detect the new watchOS version and prompt for the upgrade. Tap Download and Install, agree with Apple’s terms and be patient until the update package is downloaded via iPhone to the Apple Watch. Installation begins only if your wrist gadget’s battery levels are above 50%, the gadget is connected to its charger and Bluetooth connectivity is available.

Fact: We’ll soon find out details about watchOS 4. WWDC17 is expected to introduce us the upcoming Apple Watch OS. However, the 3rd generation will remain the public version until September, until beta testing is completed. Do expect one or two more watchOS 3 updates before that. We’re here to keep you updated!