watchOS 5.1.1 Is Out To Replace The watchOS 5.1 Apple Watch Bricking Update 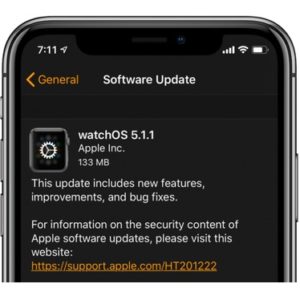 Now, the Cupertino-based tech giant has rolled out watchOS 5.1.1, to completely replace the problematic watchOS 5.1 update. Everyone can update to this the new version both those stuck on watchOS 5, as well as those Apple Watch owners that managed to upgrade to watchOS 5.1, without being affected by the Apple logo buck. As mentioned above, those with bricked devices need to bring their devices to the Genius bar.

watchOS 5.1.1 Software Update
Apple highlights this update with the traditional “new features, improvements and bug fixes” label. watchOS 5.1.1 is around 133 MB large. To update your Watch make sure that it’s plugged-in and that the battery level is above 50%.
1. Open the Apple Watch app on the paired iPhone.
2. In the My Watch tab, tap on General -> Software Update.
3. After watchOS 5.1.1 is detected, tap on Download and Install.
4. Provide your passcode, agree with terms and be patient until the new version is downloaded and deployed on your wrist-worn device.

watchOS 5.1.1 Full Update Log
The update log features the same info as last week’s watchOS 5.1 update:
– Apple Watch fall detection has been improved: the AW Series 4 have the capability to automatically contact emergency services if the wearer experiences a hard fall and doesn’t move for 1 minute after the incident. What’s extra is that the Apple Watch can now also play a message that informs the responder about the fall and shares your coordinates if they’re available.
– A Walkie-Talkie bug that prevented some users to complete the installation of the app has been fixed.
– More, a second bug involving the Walkie-Talkie feature has been addressed. Some user were not able to send or receive invitations. This has been patched.
– An Activity Awards glitch that prevented previously owned award from displaying in the Awards tab has been fixed.

watchOS 5.1.1 New Features
Besides the above mentioned improvements and bug fixes, a series of important new features have been introduced in watchOS 5.1, respectively watchOS 5.1.1: 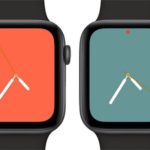 1. Group FaceTime: iOS 12.1 finally made Group FaceTime on iPhone and iPad a reality. The great thing is that you can also join an up to 32 person FaceTime conference from your Apple Watch. Of course, that from the wrist you’ll be able to interact only audio-wise but that’s still great!
2. Color Watch Face: As announced during the watchOS 5.1 beta testing stages, a new watch face has been added to the collection.
3. 70 New Emoji: will make their way to your Apple Watch in watchOS 5.1.1. The same ones that have also received support along iOS 12.1. You can review them here.

Related: Check these 10 watchOS 5 features that you might not know about!

One Response to watchOS 5.1.1 Is Out To Replace The watchOS 5.1 Apple Watch Bricking Update