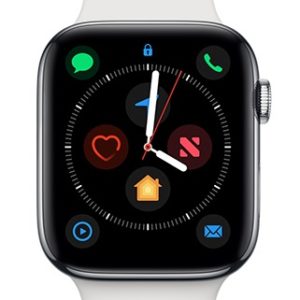 After the watchOS 5.1 fiasco that bricked a bunch of Apple Watch Series 4 models during the update process, Apple had to replace the faulty software update with watchOS 5.1.1. This caused a one week delay to the start of the testing stage of the upcoming watchOS update now labeled as 5.1.2. Nevertheless, watchOS 5.1.2 Beta 1 has recently become available to registered Apple Developers. Unlike iOS betas, the Apple Watch OS doesn’t come with a public beta testing version.

We’ve tested the beta for you and are here to report the detected changes. Perhaps the most noticeable one is the addition of several first-party complications to the Apple Watch Series 4 Infograph Watch Face. When watchOS 5.1.2 goes live you will be available to use shortcuts to the Home, Mail, Maps, Messages, News, Phone, Remote and the Find My Friends app with the Infograph theme. 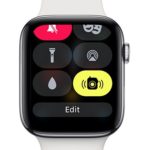 On top of that we’ve also spotted a new Walkie-Talkie toggle in the Control Center. The control is highly welcomed because it allows you to change your availability status for the push-to-talk communication feature introduced along watchOS 5. Until now you had to open the app to toggle this ON or OFF. From watchOS 5.1.2 onward you will be able to swipe-up from the bottom of the screen and tap the icon. When it shines in a bright yellow color it means that you’re available for Walkie-Talkie, while a greyed out icon signals that the feature is turned off.

Tip: To make that Walkie-Talkie toggle even more accessible you can tweak its order in the Control Center panel. All that you have to do is tap the Edit button, which allows you to rearrange the icons in the desired order.