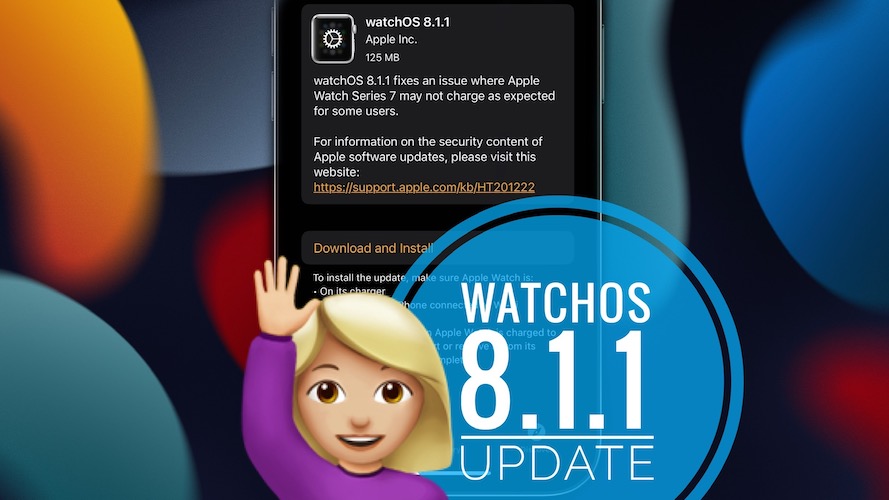 Apple has released watchOS 8.1.1 for Apple Watch 7. It’s a minor bug fixing update that’s only available on the 2021 AW models. It fixes the annoying Series 7 charging bug, that was causing the new watches to stop unexpectedly stop charging soon after they’re connected to the MagSafe puck. 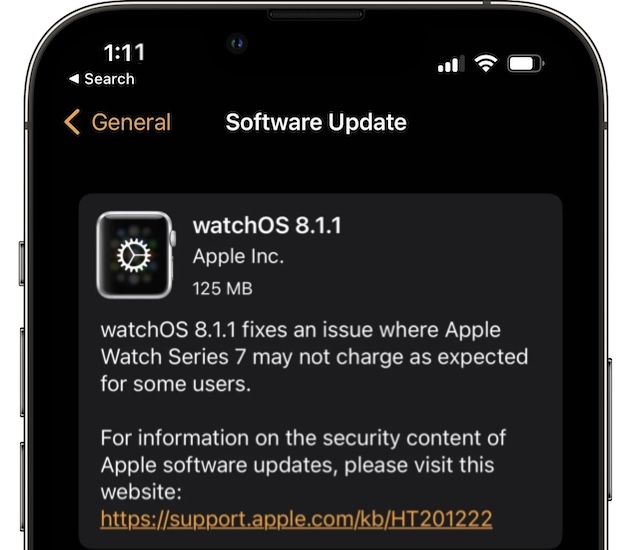 This release can be downloaded over-the-air, as usual, in the Watch app, available on the paired iPhone:

Fact: Apple Watch has to be connected to the charger and battery level over 50% for the installation to begin! 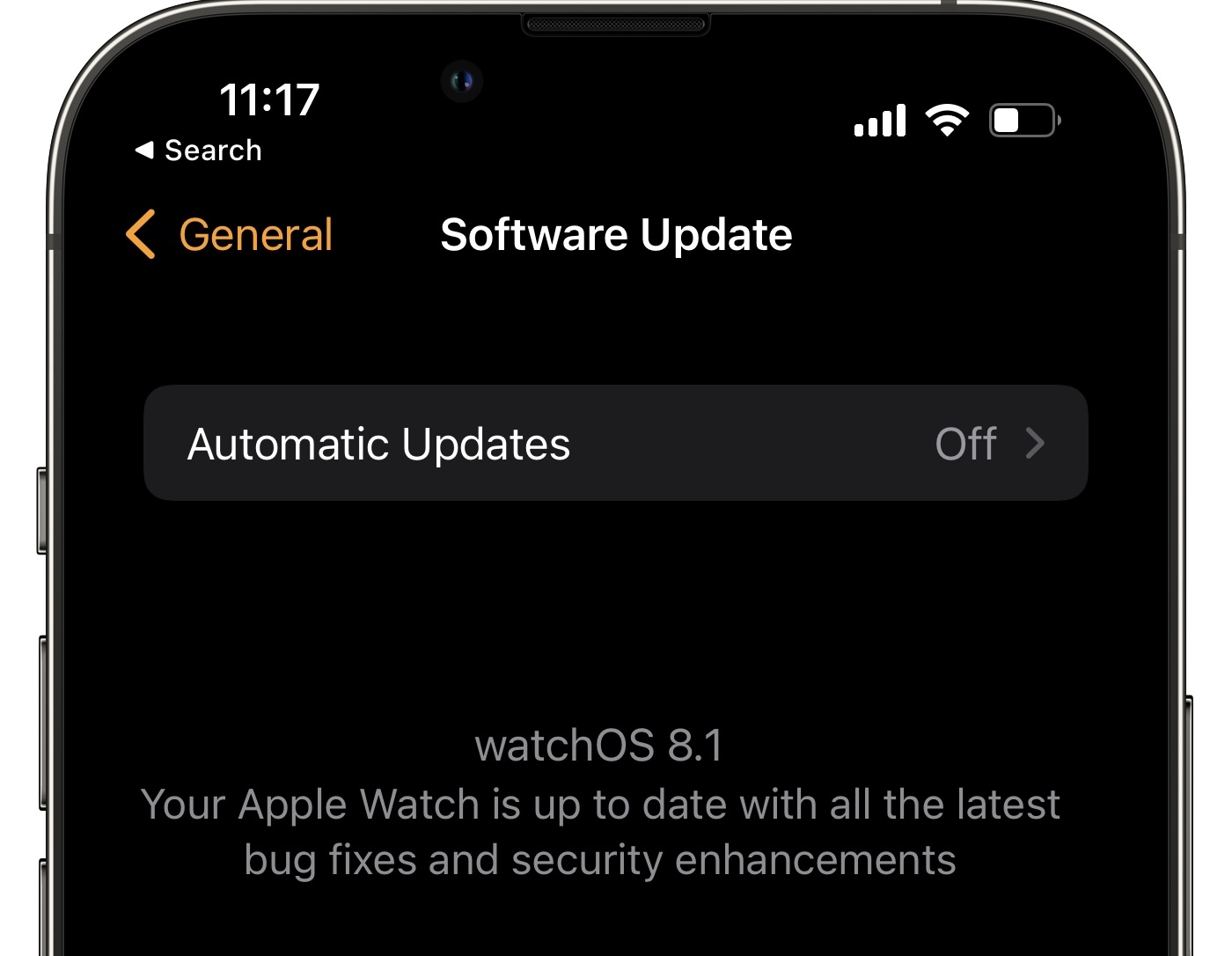 Is this update not found? Be aware that it’s only available to the Apple Watch 7. If you own an earlier model, it won’t show up in the Software Update section.

More, according to Apple’s security updates page watchOS 8.1.1 is only available for the AW 7 (GPS + Cellular Models). If you own a Series 7 that’s GPS only, you won’t get the update either!

Does your watch qualify for this update but you’re not getting it? Use the comments section and share your feedback!

According to the release notes, this update fixes the Apple Watch 7 unexpectedly stops charging issue, that we’ve covered earlier this month.

Can you confirm that the problem is solved for you? Use the comments section to report please!

The update log doesn’t mention any new features, and its unlikely for Apple to add other changes, along bug fixes, because this release is focused on a small amount of Apple Watch models!

If you do spot anything new, don’t hesitate to inform us via the comments.

Hopefully, we won’t have any entries in this section. But if you spot any new issues, after updating, don’t hesitate to inform us about them and we will update them here:

Have you updated Apple Watch 7 to watchOS 8.1.1? What’s your feedback? Has it fixed the charging stopping unexpectedly issue? Use the comments section and let us know.