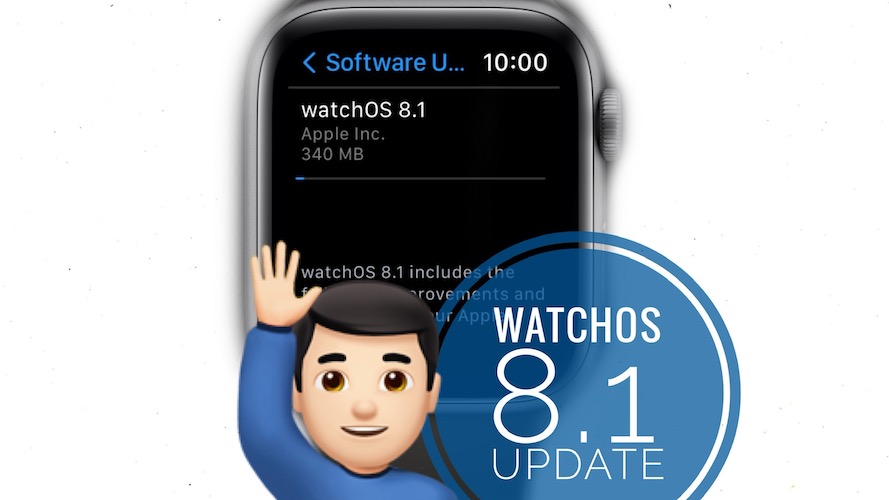 Apple has released watchOS 8.1 (build 19R570) alongside iOS 15.1, iPadOS 15.1 and macOS Monterey. This update includes improvements and bug fixes and is available for all compatible Apple Watches. 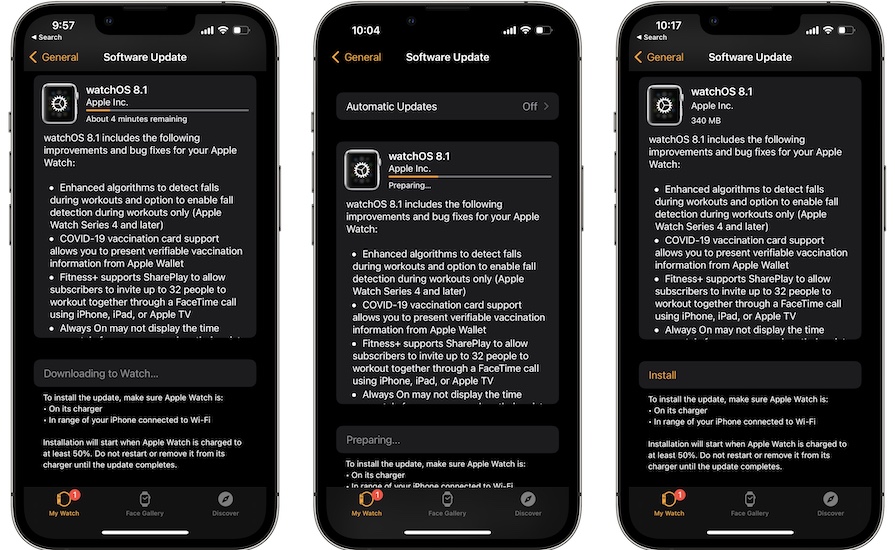 This update is available over-the-air and can be downloaded and installed via the Watch app from the paired iPhone: 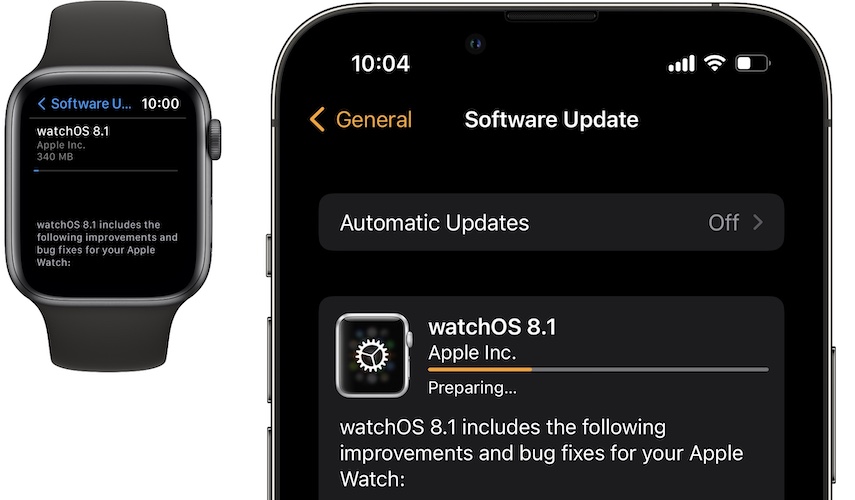 Fact: the watchOS 8.1 update file is 340 MB for the Apple Watch Series 6. Size might vary depending on model and OS version that you’re updating from.

Apple mentions two new features and one improvement in the update log: 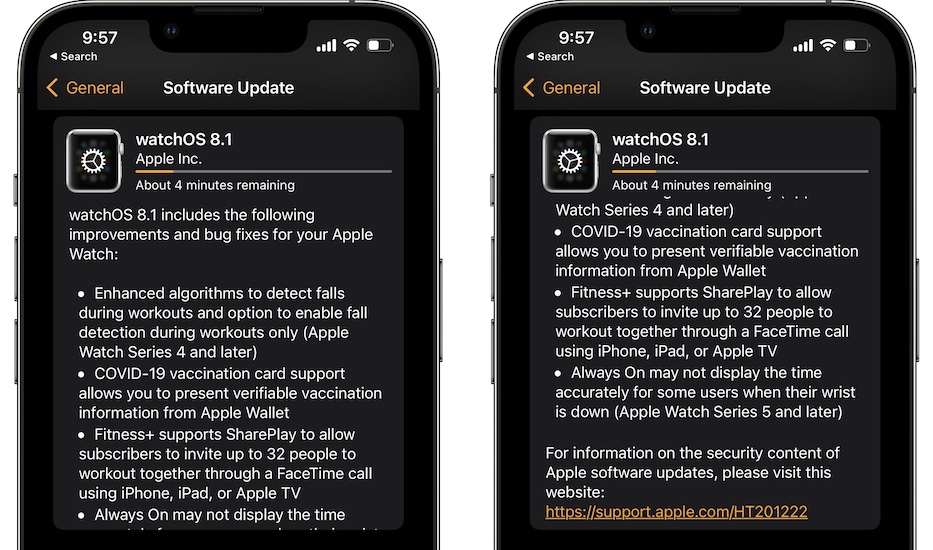 Check the screenshots uploaded nearby to read the full release notes.

Fact: For the security content of this update you can tap here (official Apple page).

Apple mentions a single bug fix in the update log. However, sometimes more patches are done silently. If you notice a fix that’s not listed here don’t hesitate to inform us via the comments section.

Other known watchOS 8 issues that haven’t been reported as fix in the release notes are:

Issues surfacing in watchOS 8.1 are listed below:

Have you updated Apple Watch to watchOS 8.1? Did you encounter any problems? What’s your feedback? Use the comments section and share your thoughts.