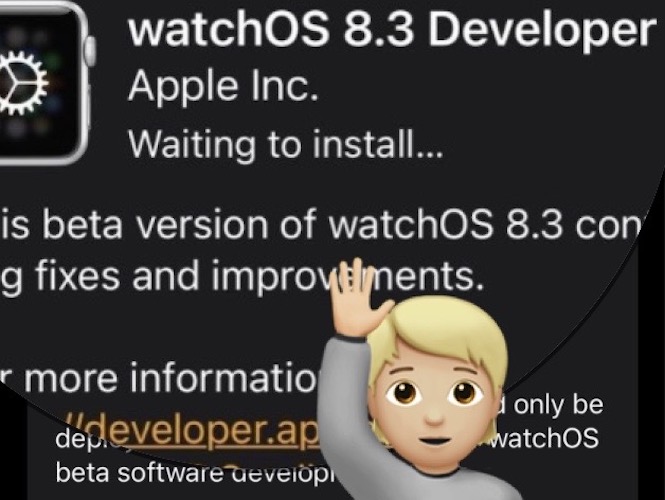 Apple has released watchOS 8.3 Beta only two days after the roll out of watchOS 8.1. This doesn’t mean that watchOS 8.2 will be skipped altogether. It might be released early November, when Fitness+ will be expanded to many other supported countries. 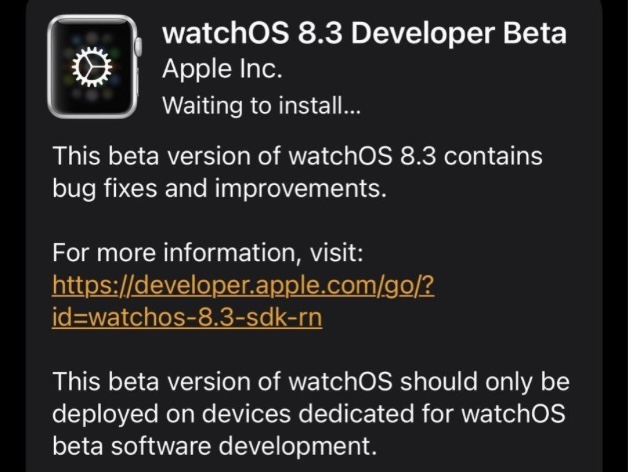 This update is available in the Watch app on the paired iPhone as long as you have the watchOS 8 Configuration Profile installed on your device!

You can grab it from your Apple Developer account or a third-party online source (not recommended).

To update browse the My Watch tab and tap on General -> Software Update. Hit Download and Install on the watchOS 8.3 Developer Beta screen! 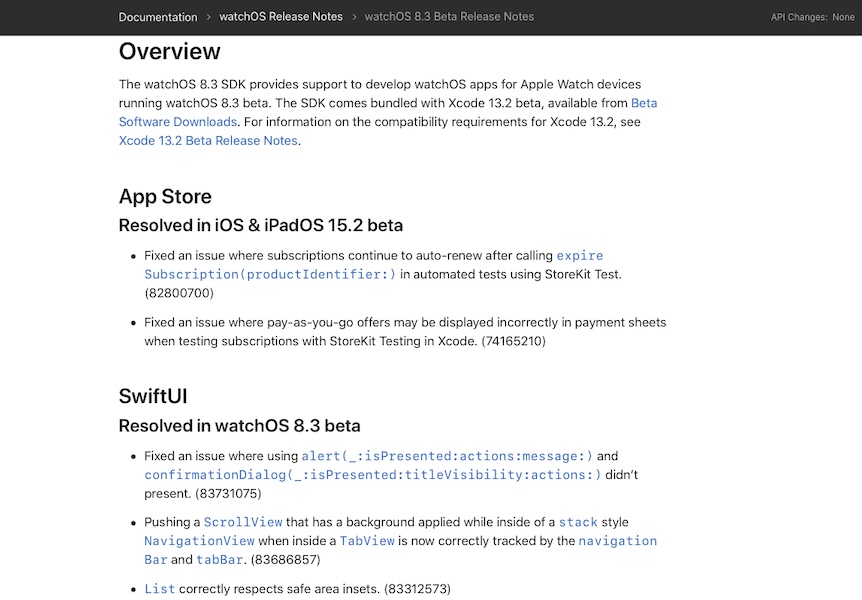 The update log doesn’t mention any new features. This means that this version will focus on bug fixes and performance improvements.

The release notes mentions a fix for an App Store issue that would cause subscriptions to continue to auto-renew after cancelling the membership. Other minor patches are mentioned too.

You can read them in the screenshot provided nearby or on the official Apple watchOS 8.3 beta documentation page.

No new features are mentioned in the release notes. Please use the comments section in case you spot something new!

New issues surfacing in this release are listed here along with available workarounds. Don’t hesitate to contribute!

Have you updated to watchOS 8.3 Developer Beta? Do you notice any new features not mentioned in this article? What about new bugs? Use the comments section to share your feedback.

One Response to watchOS 8.3 Beta: Features, Bug Fixes And Improvements