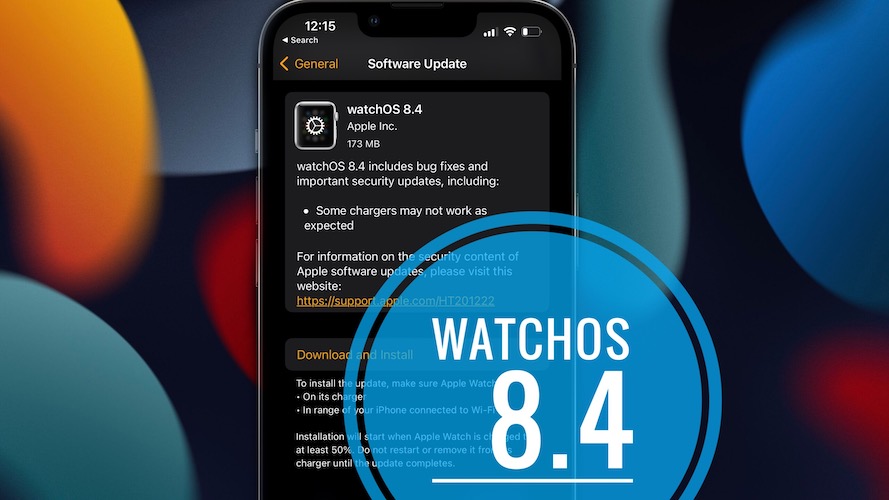 Apple has released watchOS 8.4, build number 19S546, alongside iOS 15.3! This is the third significant update to watchOS 8 (watchOS 8.2 has been skipped). It comes almost two months after the release of watchOS 8.3!

watchOS 8.4 fixes Apple Watch charging issues, that flared up after the release of 8.3. Numerous readers reported that their wrist-worn devices would fail to charge or stop charging with third-party as well as original Apple Watch chargers! 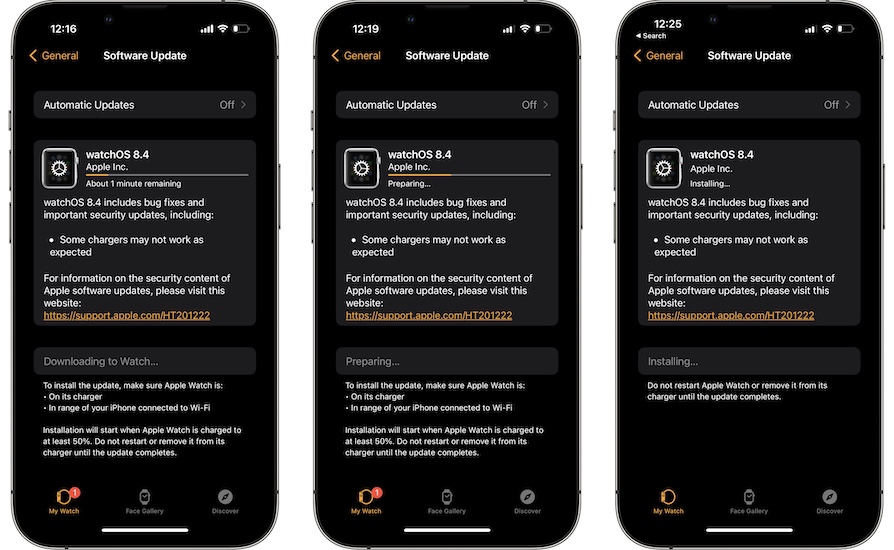 This update is available over-the-air in the Watch app, on the paired iPhone:

Tip: Keep Apple Watch connected to charger and nearby to the paired iPhone. Both devices should be connected to the same Wi-Fi network!

The release notes mention bug fixes and security updates. A single issue is highlighted in the update log:
“Some chargers might not works as expected” problem, that was one of the most annoying bugs triggered by watchOS 8.3!

If you notice any other fixes don’t hesitate to share them in the comments section. We will try to replicate them and update them here together with any available workarounds: 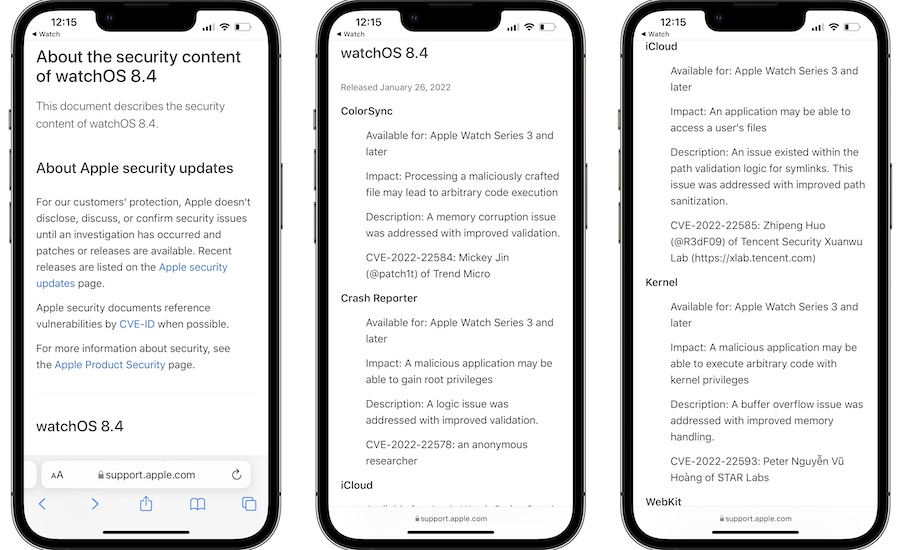 No new features are mentioned in the release notes. However, Apple might have silently included small changes. If you notice anything new you can share it with us in the comments. We will update your findings here:

Unfortunately, new software releases can include new issues. If you spot any new bug in this release, share it in the comments. We will try to replicate and find workarounds:

Have you updated Apple Watch to watchOS 8.4? What’s your feedback? Use the comments section!