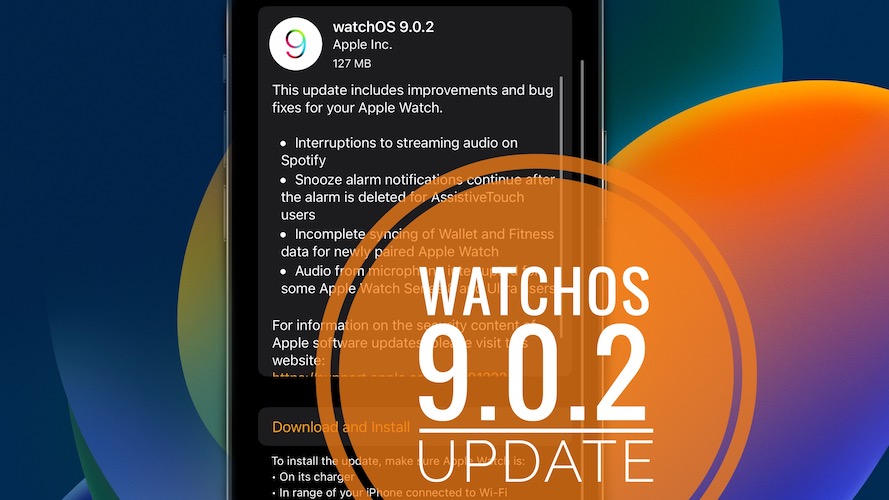 Apple has released watchOS 9.0.2 build number 20R383 for Apple Watch 4 and later. This is a minor update that continues to fine tune the 9th watchOS generation. Check out the bugs fixed, new problems, features and improvements! 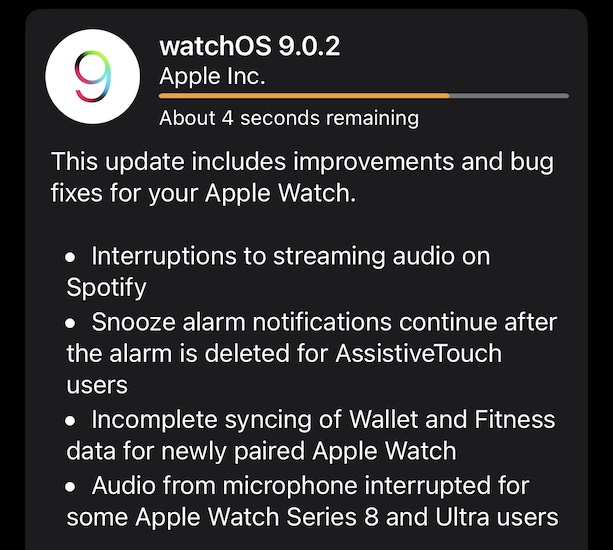 The release notes highlight four problems that have been addressed by this update:

However, there might be more silent fixes, because we’ve covered over a dozen bugs reported for watchOS 9.0. Help us check them out and complete this list:

Fact: watchOS 9.0.2 doesn’t include any security updates as confirmed by the missing CVE entries!

New issues surfacing in this version are mentioned below. Check them out before updating, as downgrading watchOS version can only be done in an Apple Store. 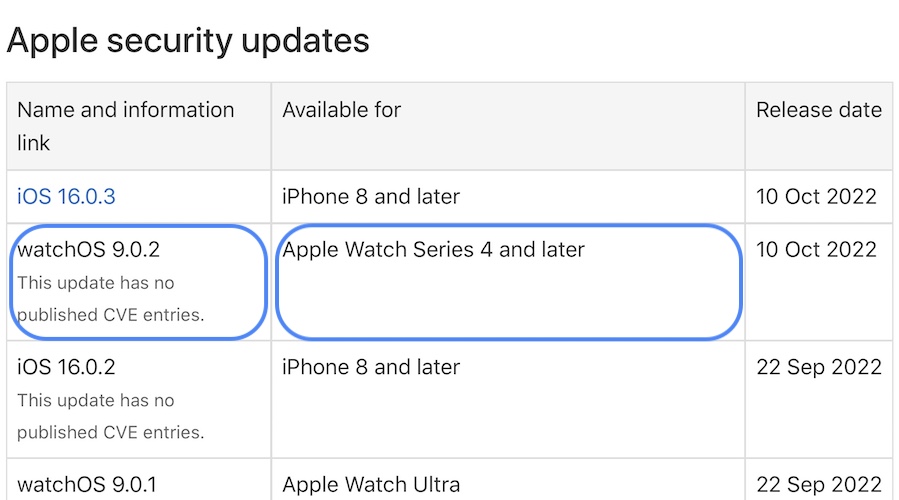 According to the release notes highlighted above, this is a bug fixing update and we don’t expect any new features. Small changes might have passed under-the-hood. If you notice anything don’t hesitate to share it in the comments!

This release is available as usual, over-the-air in the Watch app on the paired iPhone: 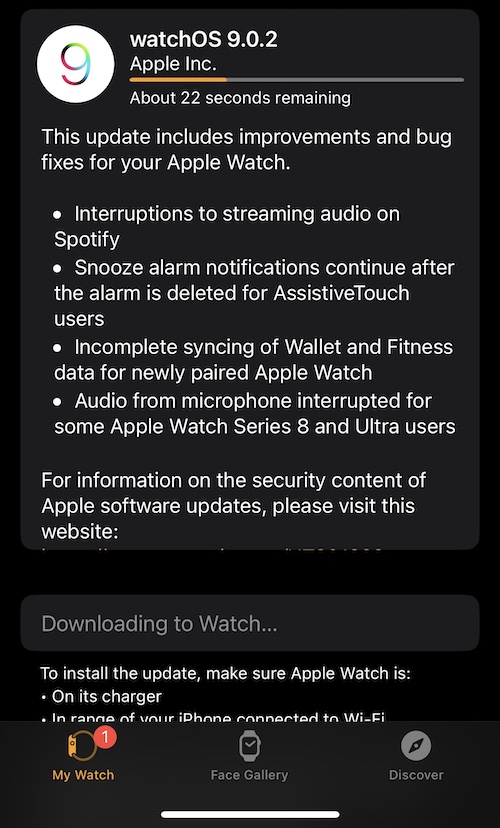 Fact: For the installation to occur Apple Watch has to be connected to the charger, in range o the Paired iPhone and connected to WiFi!

Update not showing up? If Apple Watch is already running the watchOS 9.1 beta, this update won’t be found, because it’s an inferior build.

Unable to check for update? This happens when watchOS 9.1 beta runs on the Apple Watch and the watchOS 9 Beta Profile has been deleted.

Fix: Reinstall the profile and continue with the beta versions, or be patient until watchOS 9.1 is released to the public!

Have you installed watchOS 9.0.2 on Apple Watch? What’s your feedback? Have you noticed any changes not mentioned in this article? What about new bugs or other problems? Share your feedback in the comments! We’re here to help!