Posted in Errors and Issues by Patricia on December 16, 2022 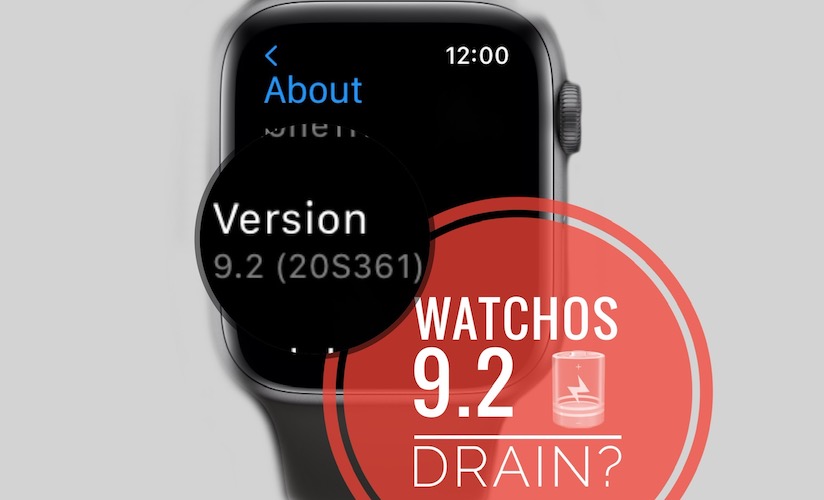 Are you experiencing watchOS 9.2 battery drain issues? Apple Watch is dying faster after the latest software update? A full charge cycle depletes within 4 hours instead of one full day? You’re not alone!

This issue has been reported by Rob:

and confirmed by numerous other readers:

We could not replicate this issue, so far, but have found more complaints on Apple’s Discussion forums and the MacRumors forums.

Apparently, the extreme battery drain is caused by iOS 16.2. We’ve seen a report on Reddit, complaining about this issue even with Apple Watch still on watchOS 9.1 and paired iPhone on 16.2:

Thankfully, you can troubleshoot this problem by applying the following sequence:

Credits: Thanks Randy-12 for sharing this fix!

Wilton confirmed that he managed to solve this issue by unpairing and re-pairing Apple Watch to iPhone and deleting apps that were rarely used on the Watch:

Have you managed to fix watchOS 9.2 battery draining fast? Do you have a better solution or other problems to report? Share your feedback in the comments!