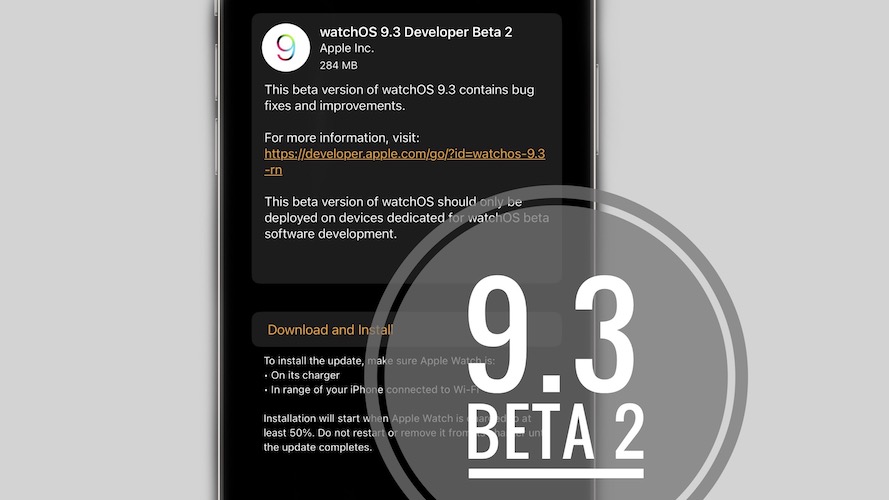 Unfixed problems, as well as new bugs are tracked here, together with available workarounds:

Changes added in this update are covered here:

Older watchOS 9 issues addressed in this update are mentioned below:

This update is available, over-the-air, in the Watch app on the paired iPhone. Go for General -> Software Update as long as the watchOS 9 Developer Beta Profile is installed on your device!

Soon: The build will be also available to Public Beta testers! To get it you have to enroll with the Apple Beta Software Program platform.

Tip: Never installed a watchOS beta on your Apple Watch? Here is a step-by-step guide!

Have you installed 9.3 Beta 2 on Apple Watch? Help us document all changes and improvements as well as bug fixes and new problems! Use the comments section!