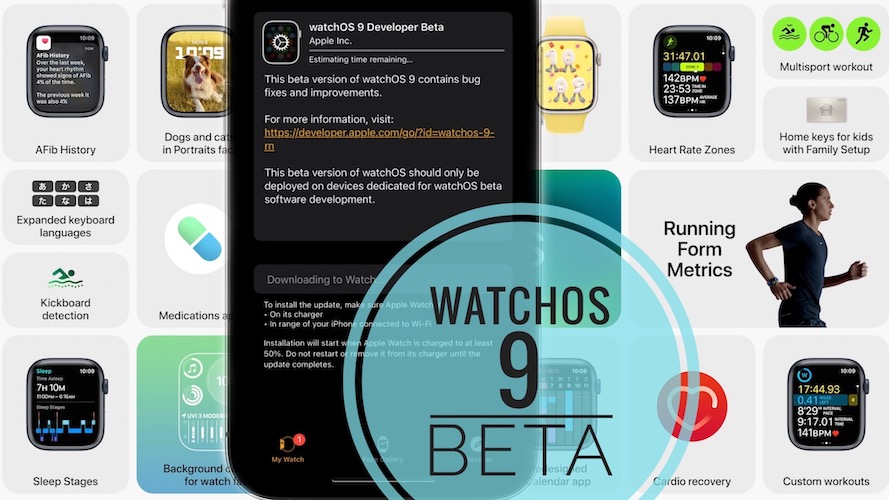 Apple has released the first watchOS 9 Beta for Developers with build number 20R5287q! Unlike the iOS 16 beta, the Apple Watch test version are only available to registered and paying Apple Developers!

Although watchOS 9 Beta can be installed on any compatible Apple Watch, we strongly recommend you to think twice before proceeding. There’s no way to reverse from the watchOS 9 test version to the most recent watchOS 8.6 public release.

You have to stick with the beta for the entire summer, or bring your watch to an Apple store and ask for help with the downgrade.

The watchOS 9 Beta Profile can also be downloaded from unofficial, third-party sources, however we don’t recommend you to choose this option.

Important: Before attempting to download watchOS 9 Beta you have to update the paired iPhone to iOS 16 Beta, as described here!

After downloading and installing the watchOS 9 Beta Profile open the Watch app on iPhone and make sure that you view the My Watch tab:

The release notes mention some new features valuable for Developers as well as know bugs and recommended workarounds:

Tip: For the complete release notes we recommend you to read Apple’s article on this subject.

There are many other issues occurring in these early beta stages. We’re updating them below as they’re reported. Use the comments section and help us uncover them faster:

The new watchOS brings lots of new features. The most important ones are highlighted below: 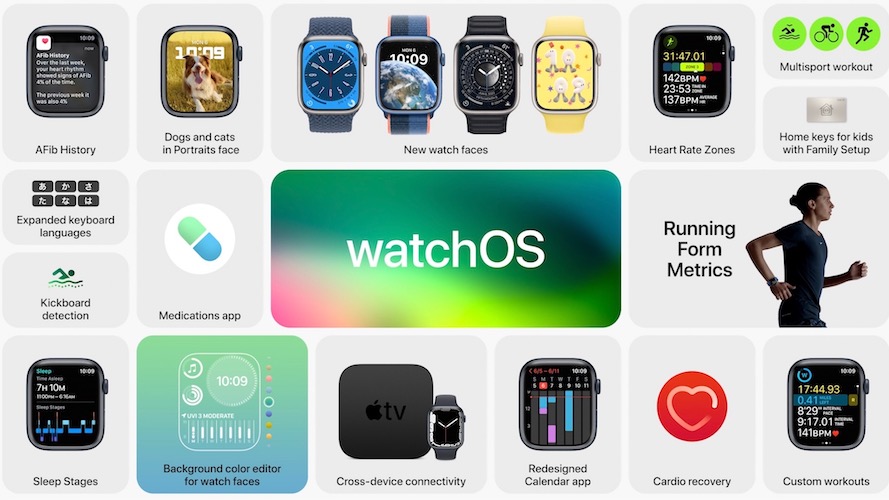 Have you installed watchOS 9 Developer Beta on your Apple Watch? What’s your feedback? Which are your favorite new features? What about annoying bugs? Use the comments section!

14 Responses to watchOS 9 Beta Download, Features And Bugs [For Developers]