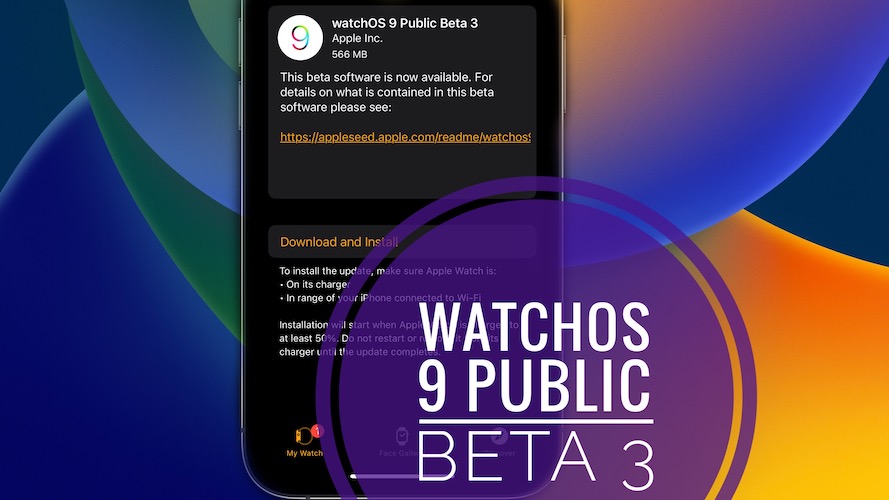 watchOS 9 beta updates can’t be downgraded! If you want to return to a public watchOS 8 version you have to bring your watch back to an Apple Store and ask for an assisted downgrade. More details available here.

That’s why reading about potential watchOS 9 Public Beta 3 issues before updating is very important. Here is what we uncovered so far:

Issues from previous betas that have been addressed in this release are:

Changes that premiere in this version are listed below:

This update is available over-the-air in the Watch app:

Fact: For watchOS 9 PB 3 to show up in the Software Update screen you need to install the watchOS 9 Beta Profile from the Apple Beta Software Program website. More details are available here.

Have you installed watchOS 9 Public Beta 3 update? Noticed any new features or problems that aren’t covered in this article? Share your feedback in the comments.