What To Do If iPhone XS Becomes Unresponsive And Display Doesn’t Wake! 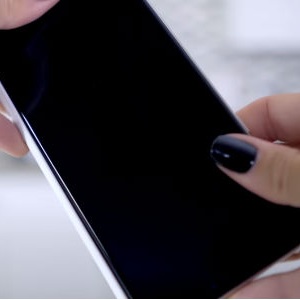 The iPhone XS is the best Apple smartphone ever manufactured, at this point in time. However, nothing is perfect and neither is this 4-figure iOS device. iOS 12 is also the most advanced iPhone and iPad operating system ever created. Nevertheless, it isn’t bug-free and probably, never be, no matter how many updates Apple issues. If the iPhone XS, XS Max or XR seem to become unresponsive out of the blue, don’t panic! You’re most likely dealing with a software glitch.
”
We’ve received several mails from readers that complain that their brand new iPhones are becoming dormant and the display doesn’t light up. This situation can last for several minutes before the device finally starts reaction. The iPhone isn’t responsive when the user picks it up via Raise to Wake, it also doesn’t respond to taps or to Side Button clicks. It’s acting like a device that’s shutdown, although no one has powered it off.

How To React When iPhone Becomes Unresponsive
If you pick up the iPhone XS or any other iPhone model and the display refuses to wake here is what you have to do:
1. Plug-in: Connect your iPhone to a power source and check how it reacts. This should trigger a reaction and also confirm you if the device actually powered off because of very low battery levels or not.
2. Call For Siri: use the “Hey Siri” voice command to trigger the personal assistant. This could bring the device out of hibernation.
3. Press & Hold Side Button: If the device is powered-on but dormant, this should trigger the “slide to power-off screen”.
4. Be Patient: If none of the above works, remain patient and try again in a couple of minutes. As soon as the device comes to life make sure that you have the latest iOS version installed on it. You can check this in the Settings app: General -> Software Update.

Conclusion: Unresponsive iPhones are usually plagued by a software glitch. However, in the worst case scenario ambient-light sensor or any other hardware part that is used for powering the display on, could be faulty, you’ll have to pay a visit to an Apple store and have your device checked-out by an employee from the Genius bar. Good luck!