Will You Help Bean Boy Reach For The Stars?

If you missed playing an addictive simple game, or already are a master in snow carving, here is another one to kill your time! Help Bean Boy to climb, by jumping on higher platforms. Also collect as many stars as possible in the process. Your character acts like a sling shot projectile that propels itself with the strength and direction commanded by your drags.

Bean Boy interacts with all objects that he collides with and reacts like a billiard ball when it hits the edges of a pool table. The goal of this game is to climb as high as possible. Collecting as many stars as available, considerably improves your high score, because it enables secret features.

Stars are collected both during an ascension, as well as during a fall.

Download Bean Boy On iPhone
To play it, you’ll have to download Bean Boy first. This game is available free of charge, in the App Store. It’s developed by Tyson Ibele and is compatible with iOS 4.3 or later. There is a single in-app purchase available, that promises to eliminate the ads in exchange for $0.99.

How To Play Bean Boy 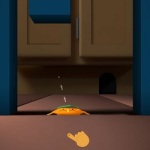 Start ascending by dragging down your character and aim its sling shot propelled path. You need to select the right trajectory and boosts your character towards a higher platform. Use angles and sidewalls to bounce your Bean Boy. The ideal path is the one that also collects as many stars as possible. Your character grabs a star if it hits it.
The higher you climb the more your altitude limit count increases. This is practically your high score. The ascension ends when a jump is to short and Bean Boy fails to grab the platform and starts a free fall. 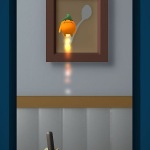 You can reward your character with a rocket boost that adds a considerable ascension and ensures a safe landing on a higher platform. Rockets cost you stars so these surges are limited. The first rocket used during and ascension costs 25 stars. Each additional boost increases the costs by 25 stars. All rockets provide the same altitude gain of 124 units.
The trick is that you can improve your high score with every new climb, because you’ll mostly end up with more stars after a free fall, as you had when you started the previous ascension. 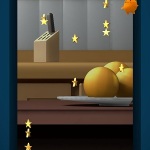 This happens because whenever you miss a platform and the free fall begins, you can float Bean Boy from left to right and vice versa, to collect as many stars as possible.
Ending up with more stars each time you land, means that you’ll be able to use more rockets during your next try and thus constantly improve your performance.
This is how gaming addiction is born! Good luck and stay tuned for more teasing iOS apps!