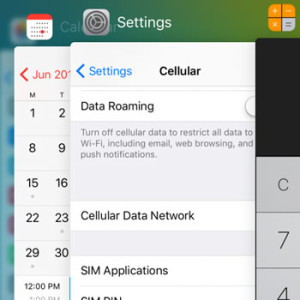 The Multitasking screen is also revamped in the beta version of the 9th iOS generation. Apps opened and available in the background, are displayed using a 3D hand-held fan effect. We can also describe it as a carousel layout. The last viewed screen of each app can be slided left or right to browse between the open softwares available. As before, you can tap the app to return to it, or slide-up to close it completely.

Another significant change is the removal of the Favorite and Recent contacts, previously display in iOS 8, above the app backgrounds. This quick connect feature has now been incorporated within the new Proactive Search tool, thus letting the App Switcher system only for apps. The iPhone’s multitasking screen access remains the same. A double-press of the Home button and the apps running in the background appear on your screen.

Check the animation nearby to see how the new multitasking system works. You can compare it to the one available in the previous version available here.
I personally would prefer that Apple maintains the relevant contacts in sight, within this feature too. This way you can get a sudden reminder, if operating multitasking on your iPhone, and seeing in the same time, with who you recently talked with. Perhaps your last caller asked you for something and you forgot about it. Seeing his name when switching between apps, could remember you about the request, in case your forgot to fulfill it. Perhaps a later beta version will bring contacts back, especially if more of us ask for it, the same as it happened with Camera Roll and iOS 8. 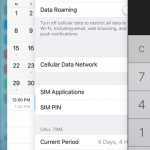 – Up to three apps are shown in the app switcher view, without you needing to scroll. Swipe left or right to navigate within the apps carousel.
– Close up to three open applications in the same time, by using three fingers to slide the app backgrounds up.
– Do mind that double-pressing the Home button while your iPhone is locked, is the shortcut for opening Apple Pay. Multitasking opens with the same gesture, bun only when your iOS device is unlocked.
– The upcoming iPhone model will probably incorporate Force Touch capabilities, allow us to press firmly on the screen and close all software with a single action.