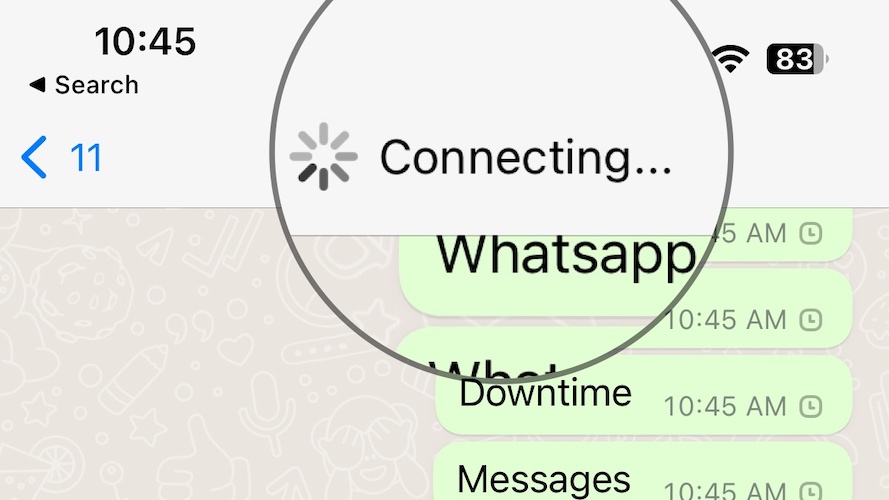 Is WhatsApp stuck on connecting on iPhone? Messages not sending? You’re seeing a clock icon next to the message bubble instead of the checksign that confirms that the text was sent or double-checksign for it being delivered?

When the Connecting… status is displayed it means that your iPhone is trying to communicate with WhatsApp servers, without success.

If your device’s Internet connection is working normally and you’ve tried both WiFi and carrier data connectivity with the same outcome we’re dealing with a downtime.

Confirmed: Meta is currently experiencing a major downtime and WhatsApp messages are not sending!

In fact, WhatsApp can’t connect to Meta’s servers at all and thus not being able to transfer data from and to the communication hubs.

Are you experiencing the same? We’re not sure if this is global or regional. Please confirm the issue in the comments and also mention your country and your operating system. This doesn’t seem to be an iOS issue only. Android users should also be affected!

The issue is widespread as confirmed by this DownDetector graph.

We will update this article when WhatsApp downtime is fixed. You can also confirm it in the comments.

Workaround For WhatsApp Not Working 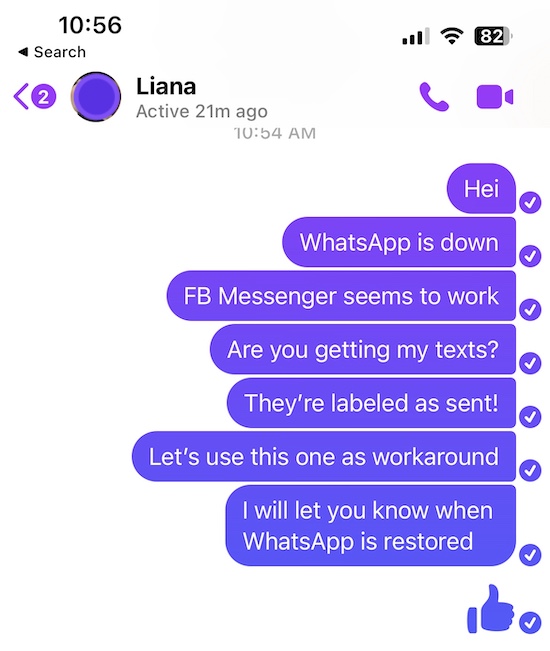 FB Messenger (direct link) works normally, so you can use it as a workaround until WhatsApp comes back online.

Alternatively you can use other instant messaging services such as Telegram.

Related: Strange or not, WhatsApp experienced a major downtime in October 2021 too. We reported about it here.