How To Fix iPhone “Blue Screen of Death” Error 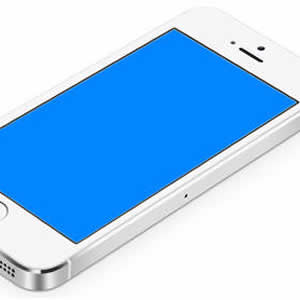 We’ve received a series of inquiries, in the past hours, from our readers complaining that they experience a disturbing error on their iOS device. The issue causes the iPhone to display a complete blue screen and become unresponsive. It seems that hard reseting the smartphone will temporarily bring it back to normal functioning, only for the blue screen to re-appear after a few minutes. And the cycles can go on and on after each iPhone restart.

The bug has already been labeled as the “Blue Screen of Death” on the popular Apple discussion forums and social media websites and it seems that it’s most frequent to U.S. T-Mobile users. iPhone 6, 6 Plus, 5S and others are affected, so there doesn’t seem any device related problem. The fact of it being a carrier caused issue, made me think of a flaw with a service offered by the mobile phone providers. It turns out that there is a flaw within the Wi-Fi calling service. 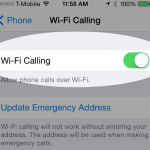 It’s enough to disable the Wi-Fi calling service on your iOS device, to prevent your display to become blue”
1. Open the Settings app on your iPhone.
2. Tap on Phone menu branch
3. Hit Wi-Fi Calls under the Calls section. It should be positioned right above the Respond with Text setting.
4. Toggle the Wi-Fi Calling knob to the Off position.

Fact: This fix is a community found solution and it’s not the official way to handle the problem. You’re killing the service that’s causing the error to prevent it from re-occuring. However, we’re still waiting from an official T-Mobile and Apple update that will handle this bug and allow us to regain the Wi-Fi calling service.