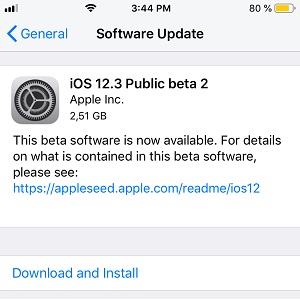 When Apple released iOS 12.2 most of us thought that it will be the second and last major iteration of the 12th iOS generation. However, the Cupertino-based tech giant has proved us wrong. An iOS 12.3 Beta version has been first seeded to the Apple Developers and it has recently become public too. This means that any iPhone or iPad owner can signup for the Beta Software Program, download the iOS 12 Beta Profile and gain over-the-air access to the iOS 12.3 Public Beta releases.

During Apple’s March 25 event a new TV App has been announced for the month of May. iOS 12.3 will be the firmware that delivers it. This means that we can expect the next significant iOS update in just a few weeks time. Until now, the iOS 12.3 testing phase has reached the 2nd Public beta release. The only visible change when comparing to iOS 12.2 is the revamped TV app.

What To Expect From The New iOS TV app 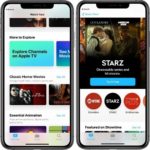 During our beta test of the revamped TV app we could notice the following changes:
– A new “For You” section is able to provide improved content recommendations based on the history of the movies and TV shows and you’ve watched while using the app.
– A series of “Channels” have been added to the software. These are media subscription services that you can signup for and play their content within the revamped app, without needing to open the service’s specific app. The new Channels that are currently available for subscription in the U.S. are: CBS All Access, Starz, Showtime, HBO, MTV Hits, Nickelodeon, Cinemax, Mubi, The History Channel Vault, Smithsonian, Shudder, Tastemade, Eros Now, Comedy Central Now and more.
Fact: At the time of writing, in the early iOS 12.3 beta stages we could only subscribe to the following Channels: Showtime, Starz, Smithsonian, and Tastemade.
– Availability: the new TV app will become available for many other countries. However, you have to allow us to update this detail when Apple will confirm the new list of supported countries.
– TV app is expected to provide and promote the upcoming AppleTV+ streaming service, which will broadcast original Apple TV shows and movies. That’s more paid content of course.

Related: Apple News+ has already premiered along the iOS 12.2 update!