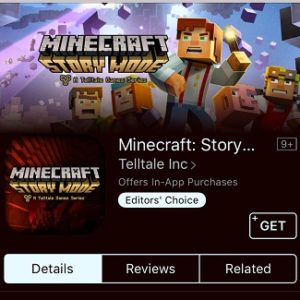 Telltale Games and Minecraft: Pocket Edition creators, Mojang have partnered to develop and release this great adventure game that brings characters and gameplay in the world of Minecraft. The Story Mode app was released a little over one year ago and is currently updated to version 1.4.

Today it’s the first time when the app has been discounted, since its initial release. The great news is that Minecraft: Story Mode has actually gone free, for a limited time only. Yes, it’s true that you still have to spend a couple of dollars if you enjoy the story and want to play all episodes. If you’re not convinced, grab this sale now and play Episode 1 without paying a buck. Currently you can play up to 8 episodes. They can be unlocked with the help of in-app purchases. 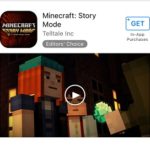 Download Minecraft: Story Mode
This game is available for both iPhone and iPad. It requires iOS 7.1 and works best on iPhone 5 or newer models, as well as iPad 3 and up. Similar to the original Minecraft game, this app occupies a lot of storage space. Get ready to sacrifice up to 1.1 GB from the space available on your device. If you meet the requirements tap the image displayed nearby and you’ll be forwarded to the official App Store download page that includes the $4.99 discount advertised in this article. Tap GET and the game will be downloaded and installed on your iOS device. 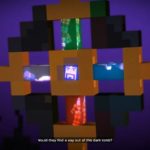 Minecraft: Story Mode Gameplay
This is a standalone game that can be played even when your iPhone isn’t connected to the Internet. The first time you open the app, tap Play and choose your appearance. The story is called “The Order of the Stone”. Click on “Start Episode 1” to start playing. The app informs you that: “The game series adapts to the choices you make. The story is tailored by how you play.” Narration starts and you’ll be able to listen to popular voices like Patton Oswalt (Ratatouille, Agents of S.H.I.E.L.D), Brian Posehn (The Sarah Silverman Program, Mission Hill), Ashley Johnson (The Last of Us, Tales from the Borderlands), Scott Porter (Friday Night Lights, X-Men), Martha Plimpton (The Goonies, Raising Hope), Dave Fennoy (The Walking Dead: A Telltale Games Series, Batman: Arkham Knight) and many more. Have fun!

Fact: If you get addicted by this game I recommend you to opt for the multi-pack episode in-app purchase. The Megapack will provide all episodes for the fee of $24.99, whilist you’ll end up paying around $35 if you buy an episode at a time.

Last Updated on November 1, 2016 by Patricia