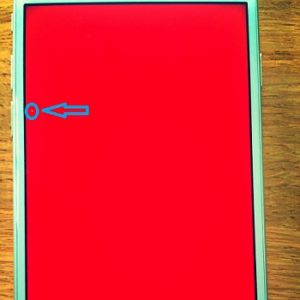 Although chances are slim, you might be one of the unlucky ones that buys a new iPhone that comes with one or more stuck or defective pixels. This isn’t the end of the world and you might be happy to find out that there are high chances that you can fix this issue yourself. If neither of the methods provided in this article works, you still have the option to return your device to the Apple Store and receive a replacement unit on the spot, because this flaw is covered by Apple’s warranty policy.

It’s not just iPhones that can suffer from the dead pixel problem, but pretty much any screen that is powered by LCD (Liquid Crystal Display), OLED (Organic Light-Emitting Diode) or any other system that uses microscopic light bubbles to shape a picture. Considering that a 4,7-inch iPhone comes with a resolution of 1334×750 while the larger Plus devices provide 1920×1080, we’re talking about 1.000.500 pixels in case of the iPhone 6, 6S and 7 and exactly 2.073.600 pixels for their 5,5-inch versions. That’s an impressive amount of real estate.

Take in account that each pixel is formed by a red, a green and a blue subpixel and you end up with an astonishing 3.001.500 individual picture elements when we talk about the standard iPhone and a staggering 6.220.800 lightning units in case of the oversized version. This can somewhat explain that it sometimes might happen for one or a couple of pixels to act defective. A problematic pixel can be labeled either as stuck or dead. Here is how to differentiate them.

Stuck vs Dead Pixels
Before we learn how to solve defective pixels on an iPhone, iPad or any other similar device we have to exactly identify the problem. Most of us are aware of the dead pixel concept. In fact, we’re often confusing the terms dead and defective pixels. A dead picture element is black and doesn’t light up at all. This is why it can’t be noticed when the iPhone’s screen displays a dark background and can only be spotted when it contrasts with a white or bright colored wallpaper. Stuck pixels are screen elements that freeze in either the red, green or blue state provided by indicated by the subpixel. These pixels light up, but they can’t change to the required colors. Stuck pixels are easier to fix. Dead ones might never light up again.

How To Detect Defective Pixels 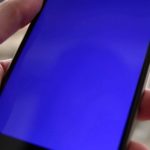 The easiest way to notice problematic pixels is by displaying different color backgrounds on your iPhone. You could do this by manually downloading each wallpaper. However, the simple way looks like this:
1. Grab a lint-free clothing and wipe your iPhone’s display to remove any debris that could trick your eyes.
2. Download a Free app from the App Store, like Dead Pixel 2.
3. Open it and start a test slideshow.
Diagnosis: If one or more different colored dots are distinguishable on one of the displayed backgrounds it means that you have one or more defective pixels. If the problem stands out on a white background, you should see a black dot signaling a dead pixel, a picture element that doesn’t light up. Else, if the defective pixels are noticeable on other colors, white most often, the dots indicate stuck pixels which should be easily fixable.

How To Fix Defective Pixels
A. Stuck Pixels 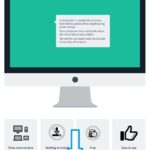 Happily, in many cases the issue can be fixed with the help of a third party software that tries to excite the lazy pixel to get him out of the hibernating state and “teach” him to refresh together with all other picture elements when the screen requires him to. Yes, now I’m talking about a fix for stuck pixels. This trick has a success rate of more than 60% and is very easy to implement. Most important it’s also free of charge. Here is what you have to do:
Software Fix: 1. Open the JScreenFix.com website on your iPhone, by tapping the link provided nearby. 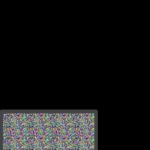 2. Tap on the “Launch JScreen Fix” button to start overstimulating the problematic element.
3. Drag the pixel fixer frame over the defective pixel and leave the exciter running for at least 10 minutes.
4. Remove the fixer and notice if the pixel has been fixed.
Fact: If the issue isn’t fixed during the first attempt redo the process. If no sucess either it means that there is a hardware problem with one of the subpixels. If you can’t live with the situation visit an Apple Store and ask for help. If your iOS device is new or still under warranty your screen will be replaced or you’ll get an iPhone replacement unit without needing to pay anything extra. 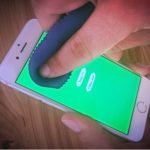 Situation is a pit complicated when it comes to dead pixels because most frequently we’re talking about a hardware problem that can be solved only by an Apple Store representative. However, if your iPhone is out of warranty you might wanna try to fix it yourself before deciding to spend cash on servicing. First of all you might wanna apply the software method described above. If overstimulation doesn’t work here is what to try next:
1. Pressure Fix
Grab a lint-free clothing and use your finger or the rubber-end from a pencil to apply pressure on the area of the dead pixel. Perform gentle taps to remove any dust or physical particle that could hamper the performance of that picture element.
Important: Make sure not to press to hard in order to avoid damaging the screen!

2. Heat Fix
This method tries to help liquid crystal flow into areas that might not be properly filled. Here is what to do:
– Warm up water close to its boiling point
– Pour it on a lint-free clothing
– Use handgloves to grab the hot clothing and place it in a plastic bag that can be sealed, such a sandwich bag.
– Grab the unconventional heater and use it, to massage in cyrcles, the area of the screen that has a problematic pixel. Good luck!

Fact: Again, if none of the above works make a Genius bar appointment and ask Apple to fix your device!