Peek and Pop Your iPhone 6S With 3D Touch 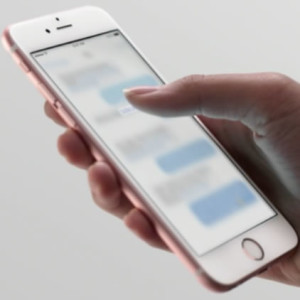 The most important addition to the latest Apple flagships is the 3D Touch technology. Now, you can input tactile commands on your iPhone’s display using all 3 dimensions: length, width and depth. Meaning that besides tapping, pinching and swiping you can also firmly press the display and obtain feedback! This is a similar feature to Apple Watch’s Force Touch! It does come with something extra though. The iPhone 6S and 6S Plus recognize how firmly you press the screen, differentiating between the regular Tap, a subtle Peek and a deep Pop!

Hardware and software enhancements allow the 2015 iPhones to blend 3D Touch and iOS 9, providing users access to a whole range of new menus, shortcuts and functions. Not only the native apps can take advantage of this enhanced Force Touch technology, but also third party software developers. 3D Touch can be efficiently used to improve gaming experience, productivity and a complete range of iOS applications!

How Does 3D Touch Work?

As mentioned above, the iPhone 6S can distinguish the force you use when you press the screen. The same way as the Apple Watch pops-up a menu with hidden options when you firmly press on its display, the new iPhones react in two steps:
1. Peek: If you press lightly on an app icon, or on a specific item within an app (for example message conversation thread) a small pop-up appears, displaying a sneak peek of the content, additional functions or commands for that certain application.
2. Pop: Pressing firmer instructs your iPhone 6S to fully open the preview and expand it full-screen, on your device.
Fact: You can dismiss the view by swiping the content away, and return to the previous screen displayed before using the 3D Touch shortcut. 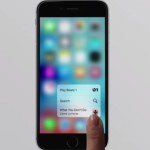 When used on home screen, this new iPhone 6S feature has two functions:
1. It animates the Wallpaper, if your device uses an image from the Live Photos feature.
2. It opens an additional menu with functions and options, if applied on an app’s icon. For example the Camera app displays buttons for: Take Selfie, Record Video, Record Slo-mo and Take Photo 3D Touch practically fastens the way you can access a function or feature of your iPhone 6S. It acts like a shortcut for apps, when used on the iOS 9 home screen! 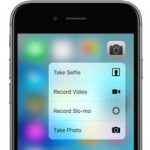 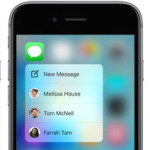 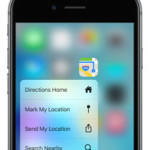 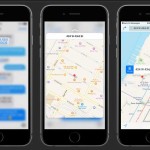 The main role of Force Touch, when used inside apps is to preview content and act as a bridge between apps. For example pressing firmly on an address inside a message, opens up a peek of the Maps app pinpointing to the location in question, release to return to the message or Force touch even harder to expand the Maps’ view, in full-screen mode, on your iPhone 6S display. Other situations when 3D Touch becomes helpful, is when previewing the content of a new mail, media within the Apple Music app and much more.