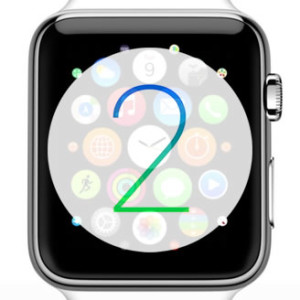 We’re less than 24 hours away from the public release of the watchOS 2 version and this article aims to highlight the most important ehancements coming with this 2nd generation of the official Apple Watch operating system. Ever since WWDC 2015, held early this summer, we provided you sneak-peeks with the upcoming watchOS 2 features. We’ve testes the developer betas and prompted you with our findings!

Starting with Wednesday, September 16 you are able to test them yourself, without the risk of not being able to downgrade to the previous version, in case you aren’t satisfied with the new additions. WatchOS 2 brings a series of spectacular add-ons that make your wrist gadget even more efficient and helpful. Starting with new Watch Faces, including third party app Complications and last but not least, developer access to all sensor readings, resulting in faster apps and many more benefits!

WatchOS 2 Features For Apple Watch
1. New Watch Faces
In WatchOS 2 you can set an image from the Photos app as wallpaper, the same way you can do it on your iPhone. If that’s not too spectacular, find out that you can also pick from one of the new Time-Lapse Watch Faces included in this release.
2. Third-Party Complications
Set as complication (widget) an item belonging to a third party watchOS app. Now, you aren’t restricted to the built-in software anymore and can get sneak-peeks of data, with a single flick of the wrist, directly from your Watch Face.
3. Time Travel
Turning the Digital Crown clockwise or counter-clockwise allows you to instantly move ahead or backwards in time and see the upcoming temperatures, Calendar events and other important info that can help you plan your day. Press the Digital Crown, when you wish to return to the current time!

4. Nightstand Mode
Now, you can charge your Apple Watch during night-time and use it as a bed clock, by activating the Nightstand mode.
5. Native Apps
Many famous iOS apps are now built-in watchOS 2, meaning that they can work independently on your Apple Watch, without needing to request and send data to the paired iPhone. This increases the speed of the standard applications, creating and improved experience.
6. Third Party Apps
Become more interesting because developers can access information from all the sensors available on the wrist-worn device. I’m talking about the taptic engine, accelerometer, heart rate sensor, speaker and microphone.
7. Reply Emails
With watchOS 2 you’re able to instantly reply to mail messages as soon as you read them. Force Touch the screen while reading a mail and answer by dictating to Siri, picking an emoticon or a predefined answer. Basically, the same options available until now only with the Messages app.

8. Apple Watch Friends
The Friends carousel comes with a predetermined 12-slot availability. From this screen you can Digital Touch your closest contacts and share sketches, taps and even heart beat. In watchOS 2 you can add an unlimited number of Apple Watch friends, by configuring multiple 12-slot carousels, which you can easily browse by swiping left or right.
9. Digital Touch
Speaking of interaction between Apple Watches, Digital Touch is also enhanced. Now you can use multiple colors to draw a sketch, controlling the moment when you send your masterpiece.
10. Activation Lock
An extra security layer has been introduced to the wrist gadget. Your Apple ID is now required to activate the Apple Watch. This prevents third party individuals from accessing your information if you lose your device.
11. Apple Pay
With watchOS 2 Apple’s revolutionary NFC payment system also supports reward cards. Besides adding your credit or debit cards and making wrist payments at any NFC terminal (within the supported countries), now you can also add reward cards like: Dunkin’ Donuts DD Perks and Walgreens Balance Rewards.
12. Improved Siri
Your iOS virtual assistant becomes even more helpful. Siri is now able to start Workouts for you, display a requested Glance, show Transit information, calculate tips and much more.

13. Transit Information
Above I mentioned Transit. This is a new feature coming with iOS 9 and borrowed by the Apple Watch via watchOS 2. It allows your gadgets to suggests and combine multiple ways of transportation when using Maps, to move from point A to point B.