tvOS 16.3 Not Available? Not Showing Up? New Release Date! 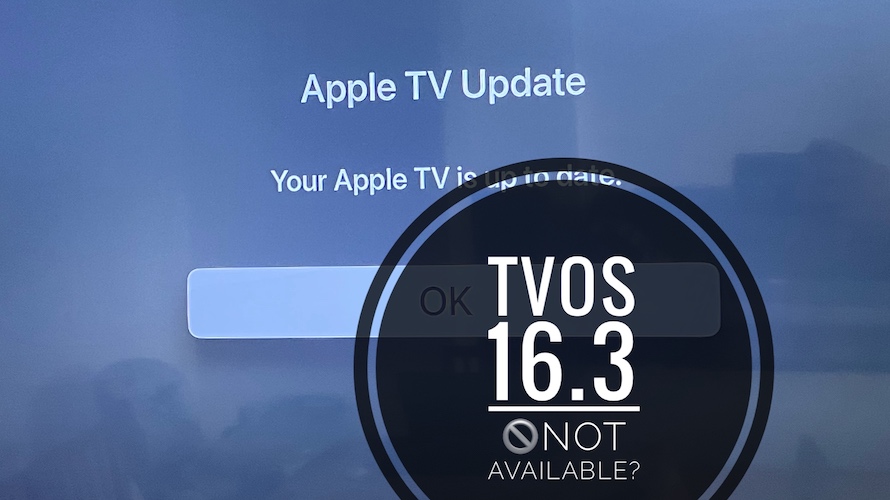 The missing update has been reported by Denise:

“Is there a problem? I’m not seeing this update today, jan 24. ios, macos and watchos updated properly!”

Similar to HomePod 16.3 update, Apple has decided to postpone the release of tvOS 16.3!

It’s unsure if this was caused by a last minute bug discovered during the Release Candidate version, or if the Cupertino-tech giant wants to keep all spotlights on the new MacBook Pros due today! 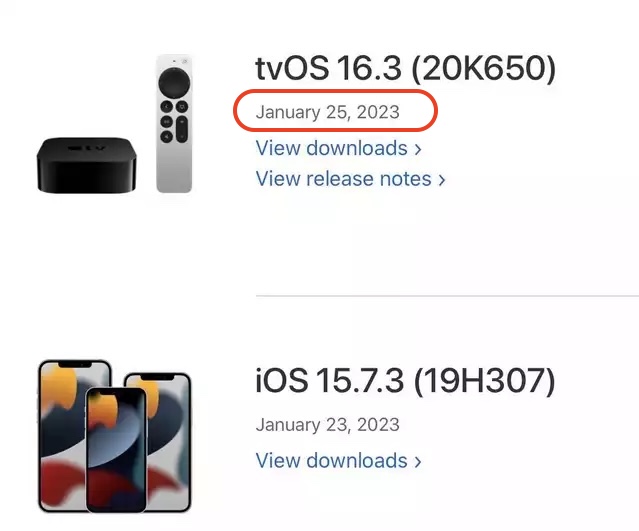 According to the above screenshot shared on Reddit, from Apple’s Developer software release section tvOS 16.3 will be released Wednesday, January 25!

tvOS 16.3 and HomePod 16.3 briefly showed up on Apple’s Developer page before they’ve been pulled, along with the upcoming Release Date!

How To Fix tvOS 16.3 Not Available

If you can’t wait two more days to get the public version of the new update, there is a way to download tvOS 16.3 right now!

You can install the tvOS 16.3 RC public beta on any compatible Apple TV!

However, in case of an existing bug that caused this delay you will get it too:

Tip: After the installation completes you should return to the Get Beta Updates menu and disable this option. This will allow you to get back to the official update sequence when the next software update is released.

Have you installed tvOS 16.3 RC on Apple TV or you’re waiting for January 25? Did you encounter any problems? What’s your feedback? Share it in the comments!

Related: Looking to get HomePod 16.3 update before it’s released to the public? Here is how to!